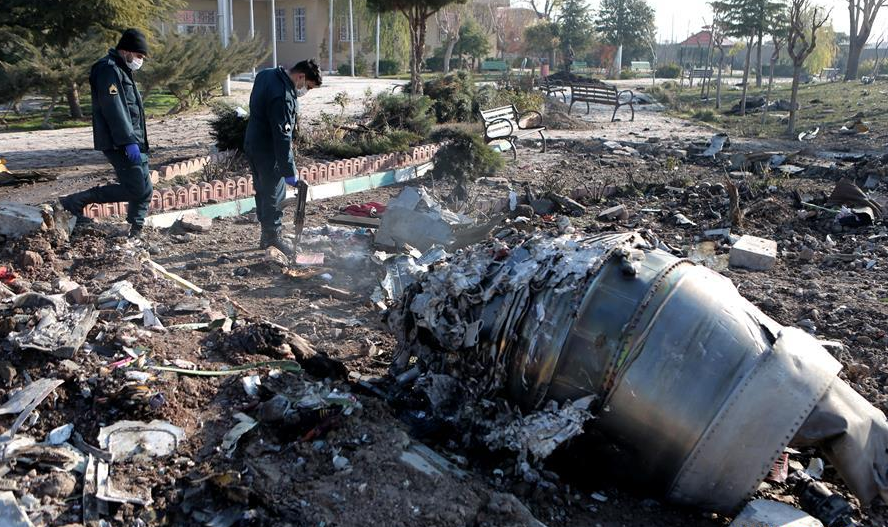 Diplomats from nations that lost citizens when Iran shot down a Ukrainian airliner pushed Iran’s foreign minister Saturday for more cooperation from Tehran on the investigation and other issues.

Amid heightened tensions with the United States, Iran said it accidentally shot the aircraft down Jan. 8 after mistaking it for an incoming missile attack. All 176 people aboard the Ukraine International Airlines plane died.

The victims included 57 Canadian citizens as well as 11 Ukrainians, 17 people from Sweden, four Afghans and four British citizens, as well as Iranians.

Iran has not turned over the black boxes or committed to compensation for the victims. Diplomats pressed Iranian Foreign Minister Mohammad Javad Zarif for action in a meeting on the sidelines of the Munich Security Conference, Canadian Foreign Minister Francois-Philippe Champagne said.

“On behalf of the grieving nations of this tragedy, we told Minister Zarif in no uncertain terms that Iran must take steps toward resolving many outstanding questions of fact and of law,” Champagne told reporters.

“We pressed Iran on the need for a thorough, transparent and credible investigation in full compliance with the Convention on Civil Aviation. This, of course, means allowing for the black boxes to be transferred to a facility with the capacity to properly download and analyze their contents,” he said.

Diplomats from Britain, Afghanistan and Ukraine also took part in the meeting.

Ukrainian Foreign Minister Vadym Prystaiko said they emphasized the need for quick action in the case.