Canada pauses AstraZeneca vaccine for under 55

Canada on Monday suspended the use of the Oxford-AstraZeneca coronavirus vaccine for people under age 55 following concerns it might be linked to rare blood clots. 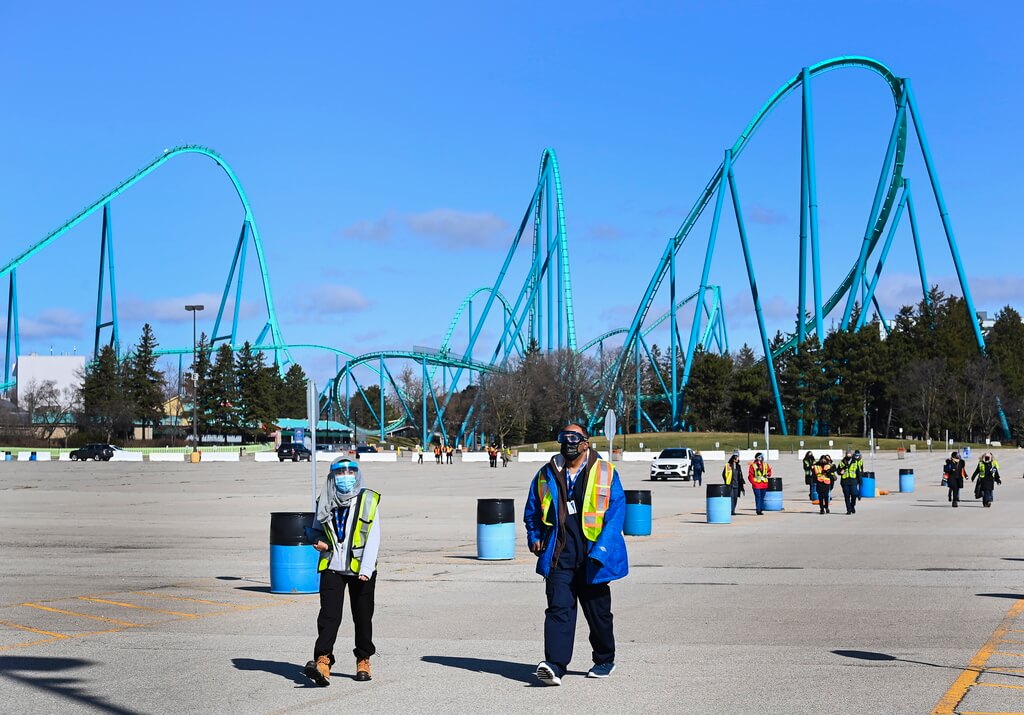 The National Advisory Committee on Immunization had recommended the pause for safety reasons and the Canadian provinces, which administer health in the country, announced the suspension Monday.

“There is substantial uncertainty about the benefit of providing AstraZeneca Covid-19 vaccines to adults under 55 given the potential risks,” said Dr. Shelley Deeks, vice chair of the National Advisory Committee on Immunization.

Deeks said the updated recommendations come amid new data from Europe that suggests the risk of blood clots is now potentially as high as one in 100,000, much higher than the one in one million risk believed before.

She said most of the patients in Europe who developed a rare blood clot after vaccination with AstraZeneca were women under age 55, and the fatality rate among those who develop clots is as high as 40%.

Dr. Joss Reimer of Manitoba’s Vaccine Implementation Task Force said despite the finding that there was no increase risk of blood clots overall related to AstraZeneca in Europe, a rare but very serious side effect has been seen primarily in young women in Europe.

Reimer said the rare type of blood clot typically happens between four and 20 days after getting the shot and the symptoms can mirror a stroke or a heart attack.

“While we still believe the benefits for all ages outweigh the risks I’m not comfortable with probably. I want to see more data coming out of Europe so I know exactly what this risk benefit analysis is,” Reimer said.

The AstraZeneca shot, which has been authorized in more than 70 countries, is a pillar of a U.N.-backed project known as COVAX that aims to get COVID-19 vaccines to poorer countries. It has also become a key tool in European countries’ efforts to boost their sluggish vaccine rollouts. That makes doubts about the shots especially worrying.

“This vaccine has had all the ups and downs. It looks like a roller coaster,” said Dr. Caroline Quach-Thanh, the chair of the National Advisory Committee on Immunization, when asked if the latest news will lead to further vaccine hesitancy.

Health Canada said it has not received any reports of blood clots in Canada, and the department’s chief medical adviser, Dr. Supriya Sharma, said she still believes the vaccine’s benefits outweigh the risks.

Last week, the department changed its label on the vaccine to warn about the rare risk of blood clots.

Only those 60 and above have received AstraZeneca in Ontario, Canada's most populous province.

“We have no concerns with those who have received it so far,” said Dr. David Williams, Ontario's chief medical officer.

Mark Mendelson, a 63-year-old Toronto man who has had heart surgery, said that he has no regrets about getting his first AstraZeneca dose two weeks ago and that he will get the second.

“Get what you can,” Mendelson said. “I had no ill effects at all from the AstraZeneca. I am in a better position than those who don’t have any vaccine at all. If you are betting person you would take those odds any day of the week. I’m quite prepared to roll the dice.”

Several European countries that had suspended using the vaccine over concerns it could cause blood clots have resumed administering it after the EU’s drug regulator said the vaccine was safe.

The vaccine is used widely in Britain, across the European continent and in other countries, but its rollout was troubled by inconsistent study reports about its effectiveness, and then more recently the scare about clots that had some countries temporarily pausing inoculations.

Canada is expected to receive 1.5 million doses of AstraZeneca from the U.S. on Wednesday.

“The messaging has been brutal overall. I am fearful it is toast. It shouldn't be," said Dr. Andrew Morris, a professor of infectious diseases at the University of Toronto and the medical director of the Antimicrobial Stewardship Program at Sinai-University Health Network.

Morris thinks those who are at a high risk for a bad COVID-19 outcome and over the age of 55 should get AstraZeneca if the other vaccines are not available to them, especially during a third wave of coronavirus infections.

Canada has lagged on vaccinating its population because it lacks the ability to manufacture the vaccine and has had to rely on the global supply chain for the lifesaving shots, like many other countries.

With no domestic supply, Prime Minister Justin Trudeau’s government bet on seven different vaccines manufactured elsewhere and secured advance purchase agreements — enough to get 10 doses for each of Canada’s 38 million people. While acquiring them has proven difficult, deliveries have ramped up this month. Canada expects to have more than 36.5 million doses by July and officials hope to get at least one dose into all adults who want one by the end of June.

The National Advisory Committee on Immunization earlier recommended a four-month delay between doses after data from the U.K. and Quebec showed a good level of protection offered by the first shot. The U.K. has instituted a similar delay.