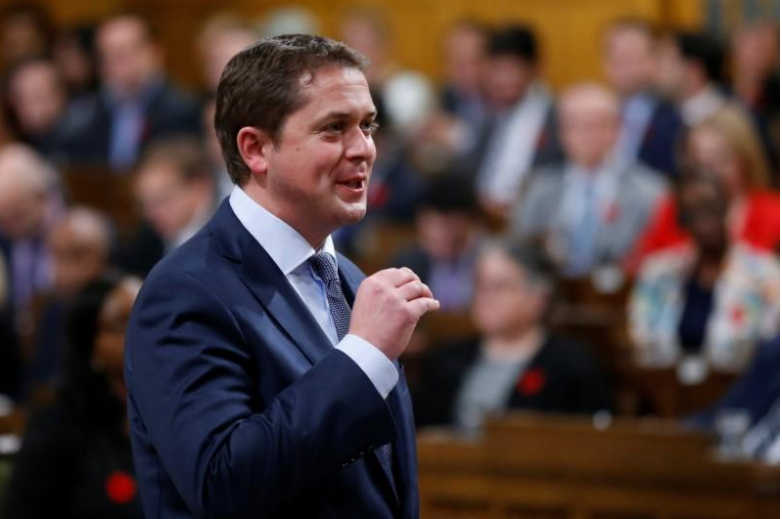 Canada’s opposition Conservatives kicked a lawmaker out of the party after she posted letters on her official government website that derided indigenous people and then refused to take them down from the site.

Conservative Party leader Andrew Scheer said Thursday evening that he ejected Senator Lynn Beyak over the letters posted on her website. The letters claimed that indigenous Canadians were “pampered” in abusive residential schools and that they were looking for government handouts.

“Promoting this comment is offensive and unacceptable for a Conservative Parliamentarian,” Scheer said in a statement. “To suggest that indigenous Canadians are lazy compared to other Canadians is simply racist.”

Canadian Senators are appointed for life, though they can be expelled from political parties.

Some people have called for Beyak’s resignation since she last year defended residential schools.

Some 150,000 children were taken from their families and sent to assimilationist schools where they were physically and sexually abused. A government commission that investigated the schools determined that their treatment of indigenous children amounted to “cultural genocide.”

Former Prime Minister Stephen Harper formally apologized for the schools in 2008 and Canada has provided billions of dollars in compensation to victims.

Aboriginal people continue to be over-represented among Canada’s poor, victims of violence and its prison population. People on reserves often lack clean drinking water and education for indigenous children is under-funded.

Prime Minister Justin Trudeau in November told the United Nations General Assembly that his government would do better to improve the lives of aboriginals and achieve reconciliation.