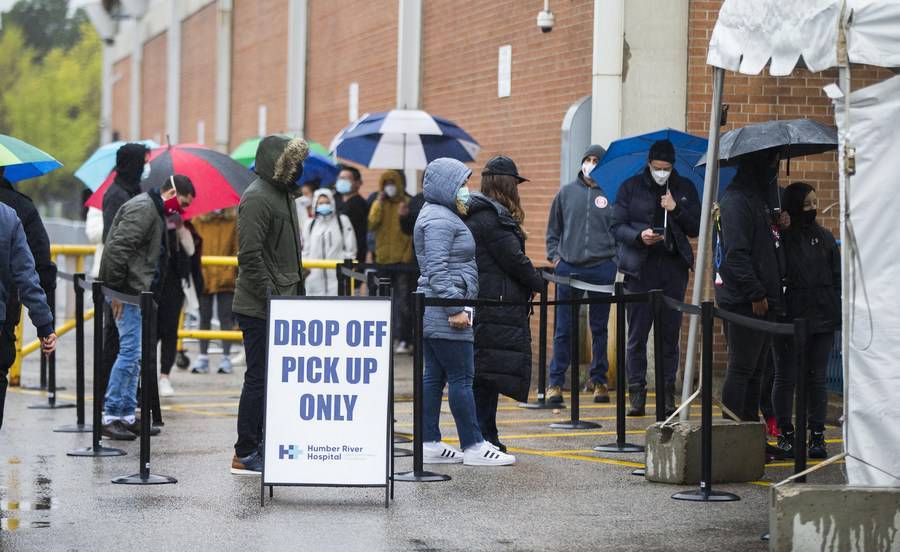 People wearing face masks line up to enter a COVID-19 vaccination site in Toronto, Canada, on May 4, 2021. (Photo: Xinhua)

More than 5.5 million doses of COVID-19 vaccine have been administered in Canada's Ontario, according to the province.

Wednesday's new cases raised the total count up to 479,633 in the province, with a population of 14 million, while also recording its highest death tally since mid-February this year.

The province reported 44 additional deaths. The new deaths bring the total death toll in Ontario related to COVID-19 to 8,187.

Now, there are 2,075 people being treated for the disease in Ontario hospitals, including 882 in intensive care. Of the intensive care patients, 578 are breathing with the assistance of a ventilator, according to the Ontario province on Wednesday. 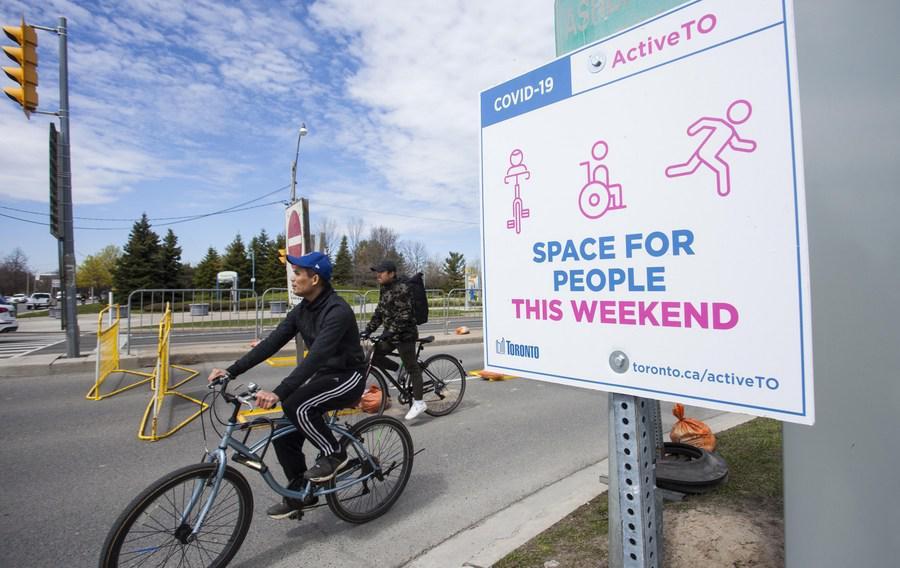 More than 5.5 million doses of COVID-19 vaccine have been administered in Ontario, according to the province, 132,603 of those doses were administered in the last 24-hour period.

More than 381,000 people in the province have received both shots and are considered fully vaccinated.

Health Canada announced Wednesday morning that Canada is authorizing the use of the Pfizer-BioNTech COVID-19 vaccine on children aged 12 to 15, the first vaccine to be allowed for the age group.

The vaccine was initially authorized for use in Canada last December for people aged 16 and up.