OTTAWA, Aug. 11 (Xinhua) -- Canada has seen a four-fold increase of new COVID-19 cases from mid-July to mid-August as the country reported 1,871 new cases as of Wednesday afternoon, bringing the cumulative total to 1,445,305 cases, including 26,688 deaths, according to CTV. 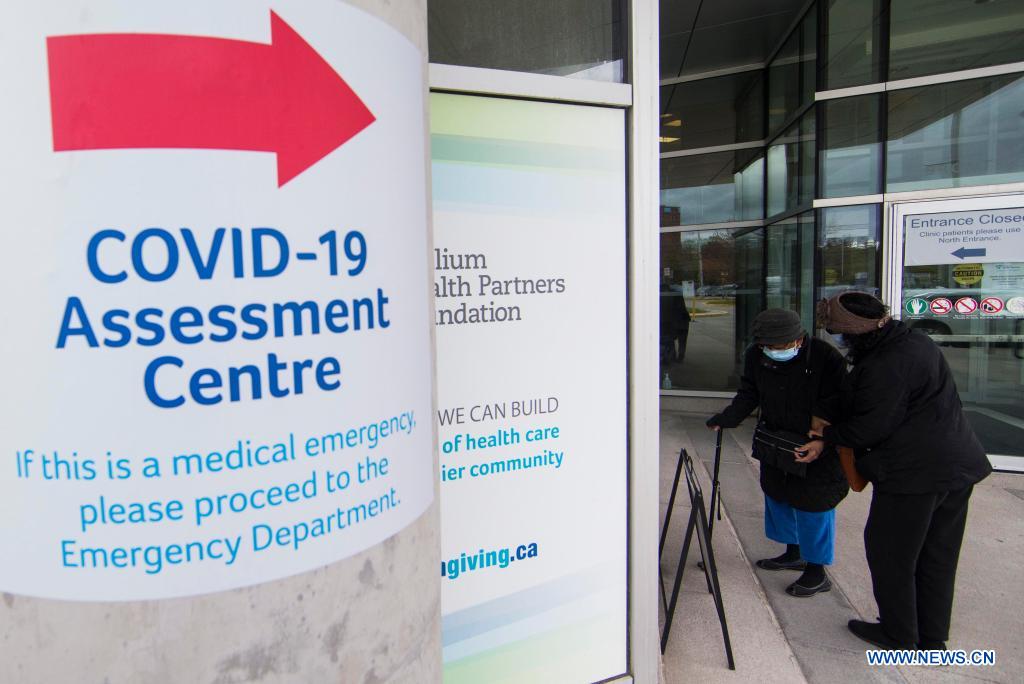 People wearing face masks line up for COVID-19 tests at a COVID-19 assessment center in Mississauga, Ontario, Canada, on May 5, 2021. (Photo: Xinhua)

The latest national seven-day moving average of 1,380 new cases reported daily on Aug. 4-10, is an increase of 65 percent over the previous week, according to the Public Health Agency of Canada on Wednesday.

The bulk of new infections are in British Columbia province, which reported more than 1,000 new infections between Sunday and Tuesday, followed by Alberta, Saskatchewan, Ontario and Quebec.

With recent increases in COVID-19 activity, the agency said "we are closely monitoring the impact on lagging COVID-19 severity indicators and are seeing early signs that hospitalizations are increasing slightly at the national level."

The latest data show that an average of 504 people with COVID-19 was being treated in Canadian hospitals each day on Aug. 4-10, which is 12 percent higher than last week.

This includes, on average 204 people who were being treated in intensive care units (ICU), 1 percent fewer than last week and an average of seven deaths was reported daily on Aug. 4-10.

Regardless of which SARS-CoV-2 variants are predominating in an area, the agency said "we know that vaccination, in combination with public health and individual measures, continues to work to reduce the spread of COVID-19."

At the present time, those who are unvaccinated are at the greatest risk of infection and severe outcomes; however, the spread of the virus in areas with low vaccination coverage presents an ongoing risk for the emergence, and replacement by, new variants, the agency said.

"This is why we must remain vigilant to reduce the spread of the virus, especially for variants that have some ability to evade protection from vaccines," the agency added.