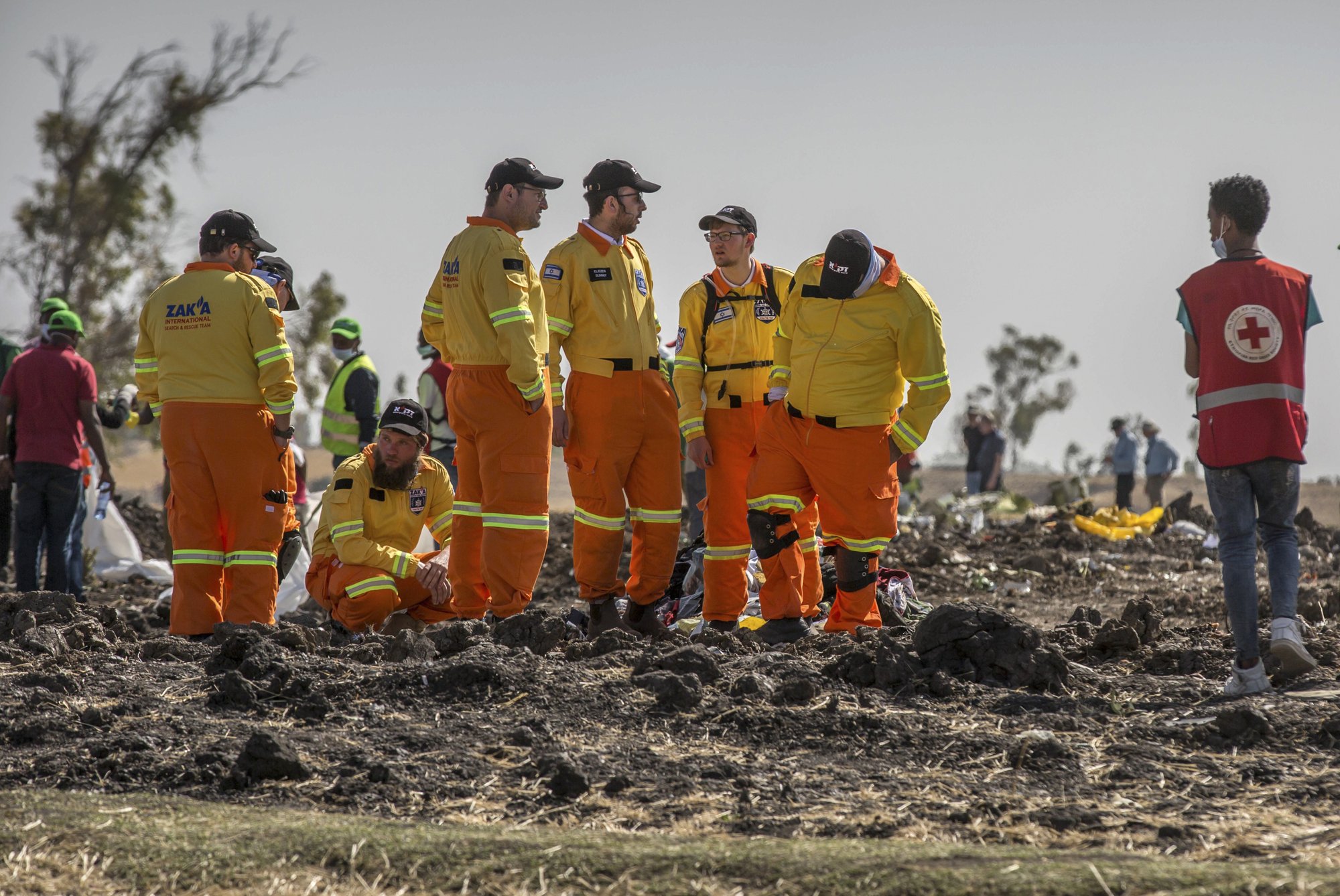 Investigators from Israel examine wreckage at the scene where the Ethiopian Airlines Boeing 737 Max 8 crashed shortly after takeoff on Sunday killing all 157 on board, near Bishoftu, or Debre Zeit, south of Addis Ababa, in Ethiopia Tuesday, March 12, 2019. (Photo: AP）

Canadian Transport Minister Marc Garneau says “all options are on the table” with regard to the country’s fleet of Boeing 737 Max 8 aircraft but says the government currently has no plans to order the grounding of the plane.

Garneau’s comments came minutes after announcements from Britain, Germany, France and Ireland that they were grounding or closing airspace to the new Boeing plane involved in the Ethiopian Airlines disaster.

He later tweeted that he has canceled all his meetings and public events on Tuesday to meet with his Civil Aviation Expert Panel and will consider all potential actions.

Canada is working with the US Federal Aviation Authority to determine if action is required.

No US airlines have grounded the Boeing 737 Max 8 models that they fly, but at least one group representing flight attendants at a major carrier says it does not want to put its members on the plane until further investigations are completed.

After the second deadly crash involving the model in five months, several airlines and countries in Asia, Europe and the Middle East have grounded it or banned it from their airspace.

The Association of Professional Flight Attendants, which represents more than 26,000 flight attendants at American Airlines, called on CEO Doug Parker to “strongly consider grounding these planes until an investigation can be performed.” The group said flight attendants will not be forced to fly if they feel unsafe.

Brian Parrish, a spokesman for Southwest Airlines which flies 34 Max 8s, said the carrier remains confident about the plane’s safety. American Airlines Group, which flies 24 of the planes, said it has full confidence in the model.