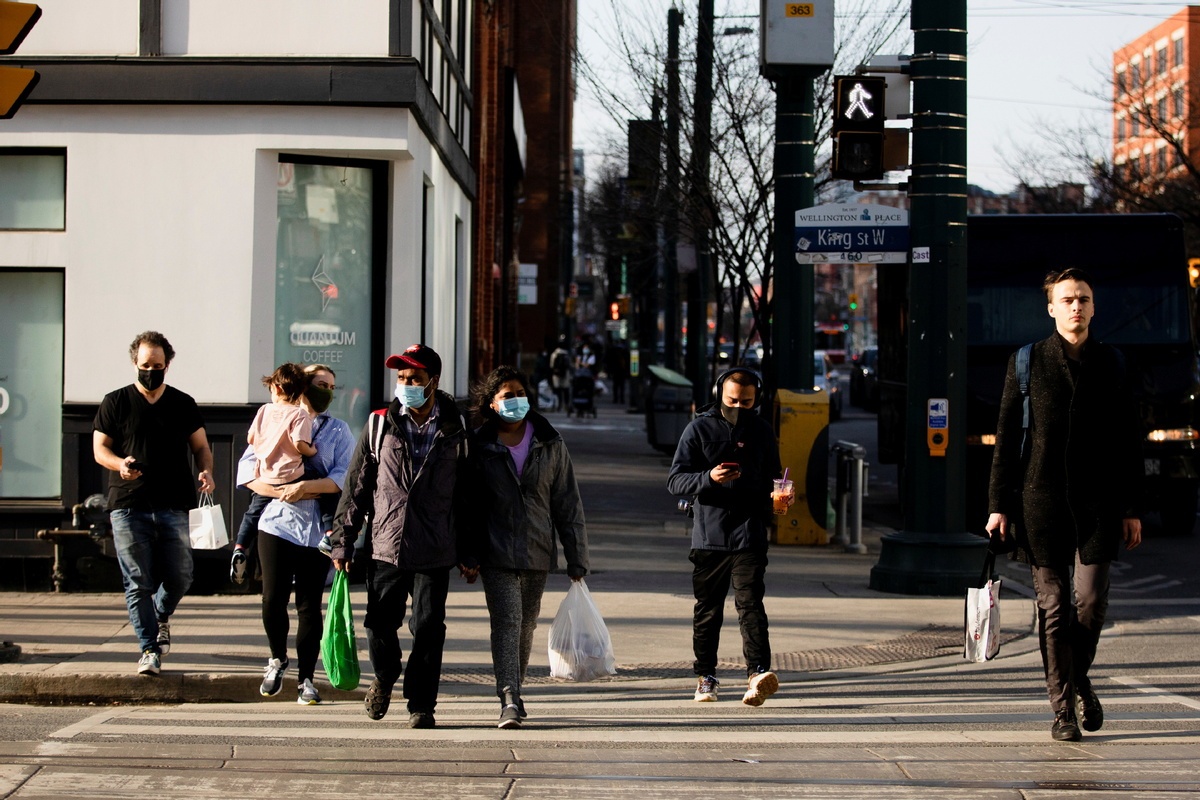 COVID-19 variants are spreading quickly across Canada as some provinces have eased restrictions after cases began to fall last month.

A total of 4,086 "variants of concern" cases have been reported across Canada as of Wednesday, with an increase of 468 new cases of this kind since Monday, the Public Health Agency of Canada tweeted.

The "variants of concern", which are mutated strains of COVID-19 that act differently in ways that are significant to public health, according to the agency, now include 3,777 B.1.1.7 variants, 238 B.1.351 variants, and 71 P.1 variants, show the latest figures.

Some 1,131 and 1,028 cases of the B.1.1.7 variant were reported in Ontario and Alberta, respectively, while British Columbia confirmed 921 cases of this variant which is believed to be 35 percent to 40 percent more contagious.

Variant cases have already exceeded 50 percent of all cases in Ontario, Peter Juni, scientific director of the province's COVID-19 advisory panel, told Canadian television network CTV News on Wednesday. "It's skyrocketing at the moment," he said.

"Let's move with vaccination as fast as we can because we are in a race here," Doris Grinspun, head of the Registered Nurses Association of Ontario, told the news channel.

"Daily counts came down, but we had increasing rates of growth especially driven by variants, primarily the variant" first detected in Britain, Grinspun said. "So, people need to keep that guard up."

The experts said it is time to take strict measures, considering Canadians had relaxed quite a bit after case numbers fell in early January.

"We haven't had stringent public health measures, and we haven't restricted movements even between one another," said Grinspun. "By the time they wake up it will be too late. We will have lost many, many more people."