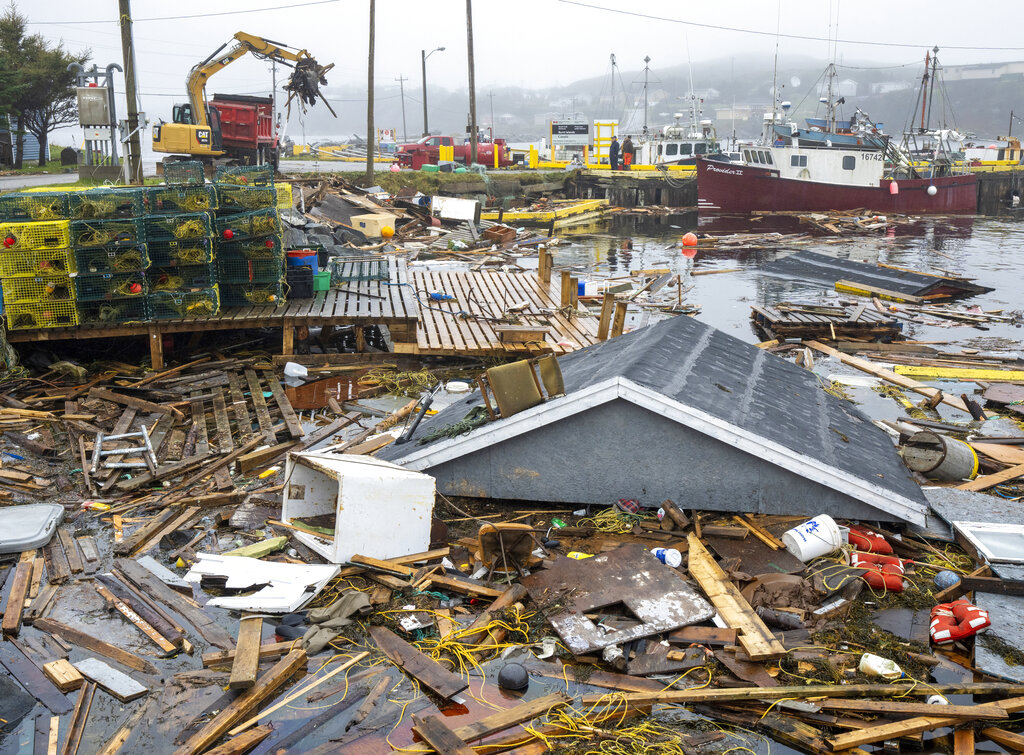 Heavy machinery clears up washed up buildings and rubble in the harbor in Burnt Island, Newfoundland and Labrador on Tuesday Sept. 27, 2022. (Photo: AP)

A Canadian hospital said Tuesday it is treating several patients for suspected carbon monoxide poisoning as many people in the Atlantic area hit post-tropical storm Fiona are using generators for electricity.

More than 180,000 homes and businesses were still without electricity by late Tuesday afternoon — more than 122,000 of them in Nova Scotia province and about 61,000 in Prince Edward Island province.

The Queen Elizabeth Hospital in Charlottetown, on Prince Edward Island, declared a Code Orange to activate protocols to care for more emergency patients. The hospital asked people to come to its emergency department only for urgent or critical health problems.

The hospital said between five and 10 patients were being treated for possible carbon monoxide poisoning, but did not say which community they are from.

Authorities said Sunday that preliminary findings suggested one death over the weekend was connected to generator use, but did not provide details.

“Unfortunately, the reality with climate change is that there’s going to be more extreme weather events. We’re going to have to think about how to make sure we’re ready for whatever comes at us,” Trudeau said.

The HMCS Margaret Brooke, one of the Canadian navy's new Arctic patrol vessels, was scheduled to visit the remote community of Francois on the south coast of Newfoundland to check on residents.