TORONTO, June 21 (Xinhua) -- In order to remember the history of World War II and to maintain a lasting peace in the world, the Chinese Canadian communities in Toronto jointly announced on Thursday that they will set up an Nanjing Massacre Victims Monument in Richmond Hill, Canada. 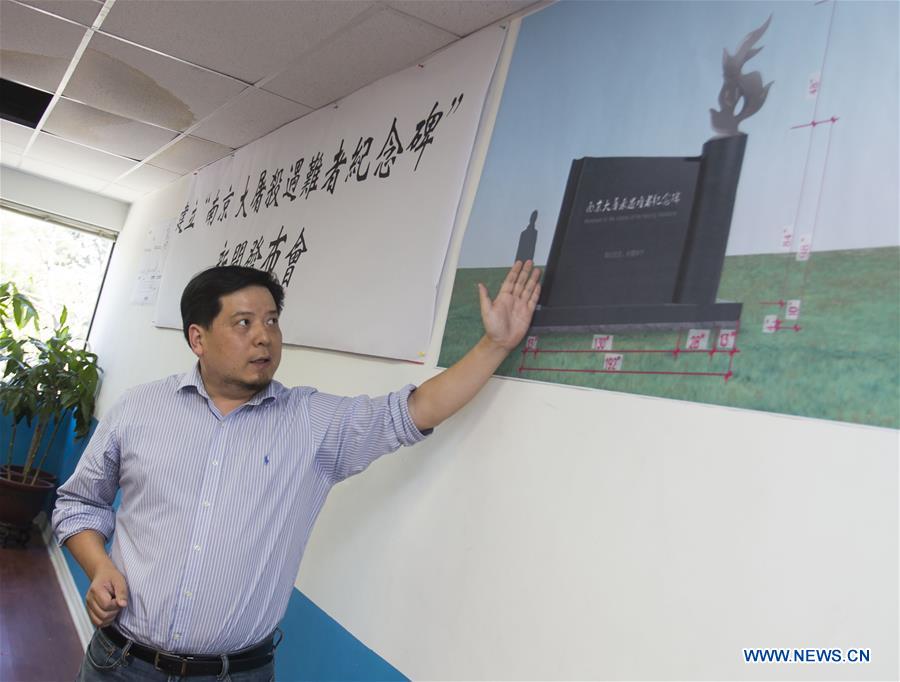 Setting up the Nanjing Massacre Victims Monument was launched by the Confederation of Toronto Chinese Canadian Organizations and Chinese Freemasons of Canada (Toronto).

The book-shape monument is to cover an area of 90 square meters. It is 3.72 meters high, 4.88 meters long, and 9.2 meters wide. It is made of black marble. It is a symbol of a black and heavy period of human history. It is already under process of production.

Lin Xinyong, president of the Confederation of Toronto Chinese Canadian Organizations told a press conference here on Thursday that the Nanjing Massacre is the eternal pain in Chinese heart. About 300,000 people were brutally killed within 40 days.

That is the tragedy of Chinese and is also the humiliation of human beings, Lin said, adding that the monument is meant to let more people to have a better understanding of the Japanese invaders' atrocities against humanity and cherish peace.