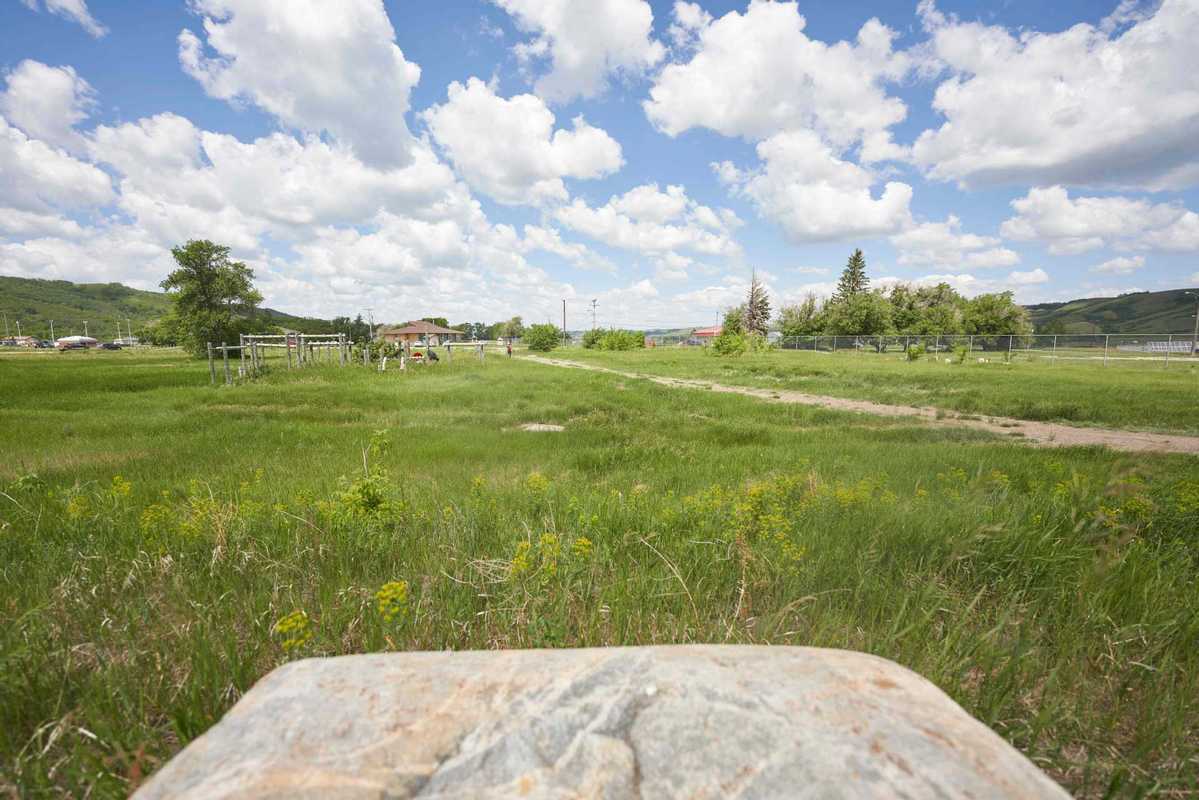 A playground sits on the site of former Marieval Indian Residential School on the Cowessess First Nation, in Saskatchewan, Canada, on June 25, 2021. (Photo: agencies)

Ambassador Zhang Jun called for Canada's government to fulfill its responsibility to let the world know the truth of violations against the indigenous people in Canada at the UN's Security Council Open Debate on Children and Armed Conflict on Monday.

This year marks the 25th anniversary of the UN mandate on children and armed conflict.

Zhang, China's permanent representative to the UN, said the protection of children is the responsibility of all states and governments and should be the "top priority" under any circumstances.

"The recently exposed abuse and violence of indigenous children in Canada at boarding schools that led to the loss of over 4,000 lives is shocking and horrific. We cannot let this dark page stay in history books only," said Zhang.

"We urge the Government of Canada to earnestly fulfill its responsibility to let the world know the truth, and to give justice to the victims, so as to prevent the recurrence of such tragedies."

Jiang Duan, minister of the Chinese mission to the United Nations in Geneva, speaking at the Interactive Dialogue with the UN Special Adviser on the Prevention of Genocide, said, "This is only the tip of the iceberg in the number of indigenous people who died of genocide in Canada."

He said that in the United States, Native American Indians were expelled from their land and slaughtered during the so-called Westward Expansion nearly 100 years after the country was founded. Their population dwindled from 5 million at the end of the 15th century to 250,000 at the beginning of the 20th century, he said.

According to the Truth and Reconciliation Commission of Canada (TRC), a body mandated to tell Canadians about the truth of residential schools, more than 150,000 First Nations children were required to attend state-funded Christian schools as part of a program to assimilate them into Canadian society from the 19th century until the 1970s.

They were forced to convert to Christianity and not allowed to speak their native languages. Many were beaten and verbally abused without any contact with their parents, and thousands are said to have died, which the TRC called a "cultural genocide".

Some former students at the schools have said that some infants born to girls impregnated by priests and monks were incinerated.

The commission estimated that about 4,100 children went missing nationwide from the schools. But an indigenous former judge who led the commission, Murray Sinclair, said this month that he now believed the number was "well beyond 10,000".