Canada-US agreement on border restrictions to be extended another month

OTTAWA, May 18 (Xinhua) -- The Canada-US border agreement restricting non-essential travel is expected to extend another month to June 21 amid the third wave of COVID-19, CTV reported Tuesday afternoon. 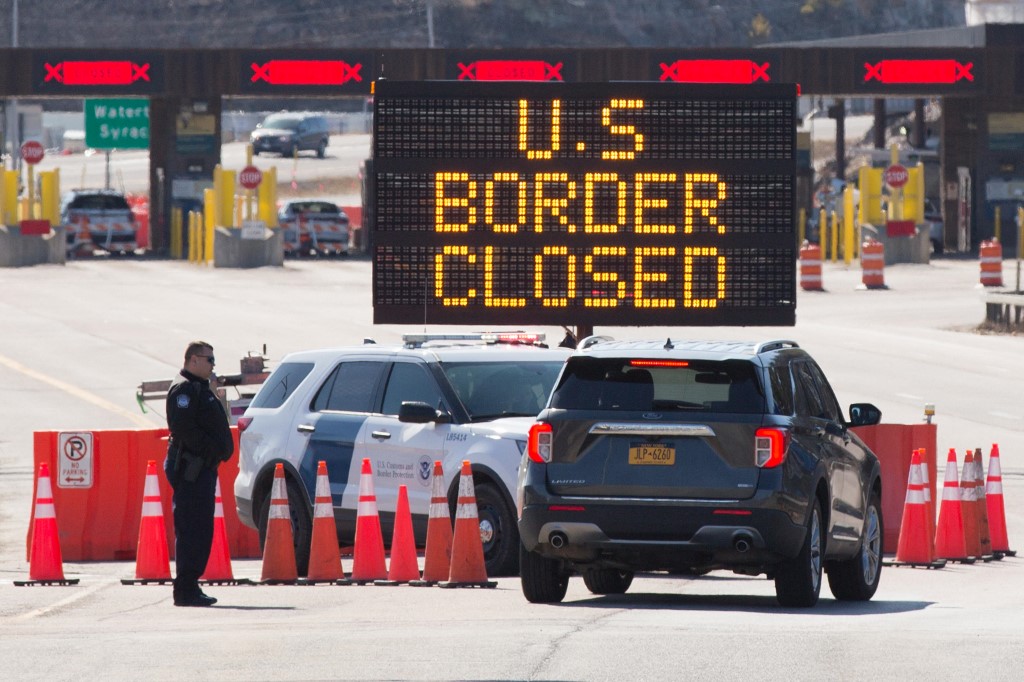 US Customs officers speaks with people in a car beside a sign saying that the US border is closed at the US/Canada border in Lansdowne, Ontario, on March 22, 2020. (File photo: AFP)

The agreement, which was reached in March 2020, has been renewed every month after that. Essential workers such as truckers and emergency service providers, as well as vital healthcare workers such as nurses who live and work on opposite sides of the border, are exempt from the restrictions.

Some 2 billion Canadian dollars worth of trade crossed the Canada-US border every day, and before the COVID-19 lockdown last year, about 300,000 people reportedly crossed the border daily.

Over the past seven days, an average of 5,700 cases have been reported daily and the number of people experiencing severe and critical illness remains elevated, the Public Health Agency of Canada said Tuesday.

Meanwhile, on average over 3,600 people with COVID-19 were being treated in the country's hospitals each day, including over 1,300 in intensive care units, and there were an average of 43 deaths reported daily.