Canada, US discuss extension of cross-border restriction to non-essential visits 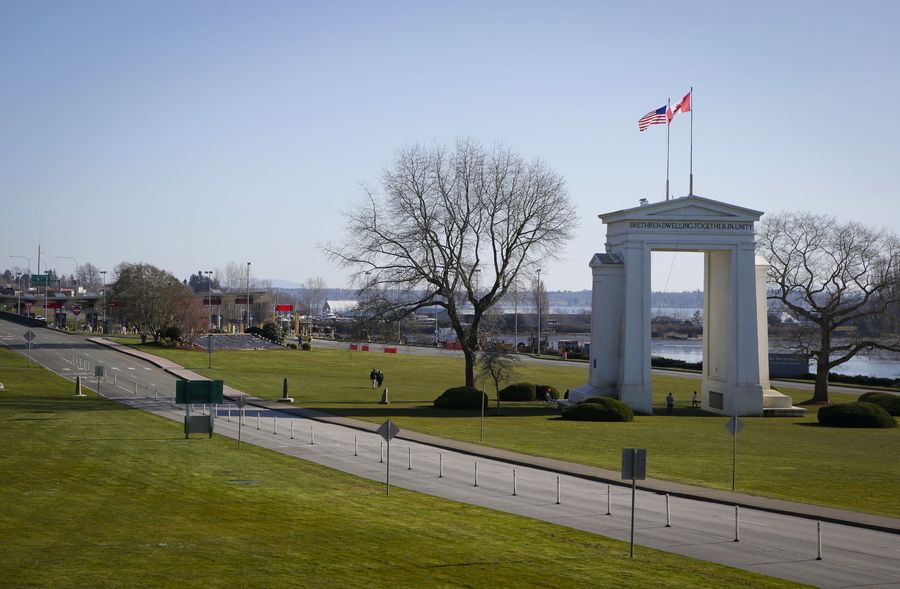 Empty road at the US port of entry into Blaine of Washington State is seen at Douglas-Peace Arch border crossing in Surrey, Canada, March 20, 2020. (Photo by Liang Sen/Xinhua)

It is unclear how long the agreement will be extended. The two countries reached an agreement in March to temporarily close the border to non-essential travel to fight the spread of COVID-19.

It bans recreational visits while keeping it open to commercial traffic and essential workers who cross the border for work.

The agreement was extended in April by 30 days until May 21, before being extended for another 30 days last month.

At a daily briefing Wednesday morning, Canadian Deputy Prime Minister Chrystia Freeland said the arrangement with the United States is working very well and conversations are happening daily between the two governments.

On Monday, Canadian Prime Minister Justin Trudeau announced that his government would allow immediate family members of citizens and permanent residents to cross the border.

However, Trudeau added that anyone who enters the country will have to self-quarantine for 14 days, and failure to follow the rules could result in serious penalties.

As of Wednesday afternoon, the United States reported nearly two million COVID-19 cases with over 112,700 deaths, while Canada had almost 99,000 cases with more than 8,000 deaths, according to the Center for Systems Science and Engineering at Johns Hopkins University.