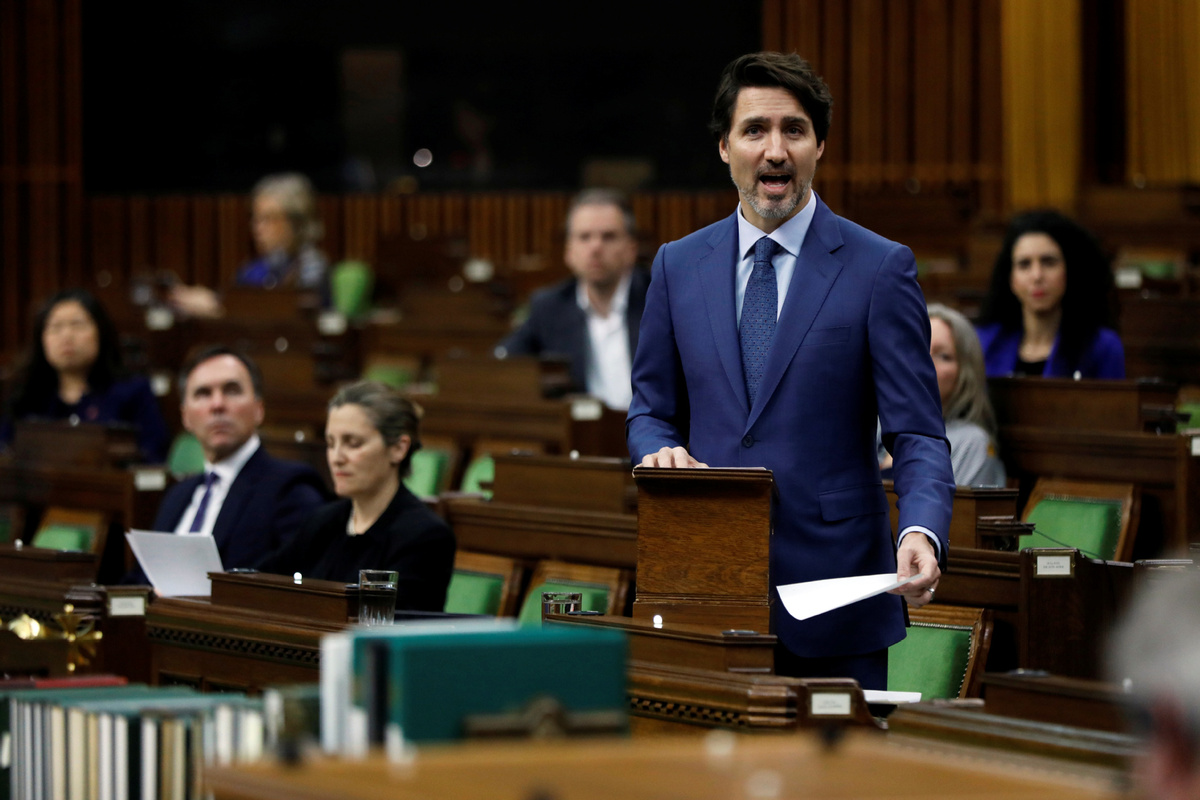 Canada's Prime Minister Justin Trudeau speaks in the House of Commons as legislators convene to give the government power to inject billions of dollars in emergency cash to help individuals and businesses through the economic crunch caused by the coronavirus disease (COVID-19) outbreak, on Parliament Hill in Ottawa, Ontario, Canada April 11, 2020. (Photo: Agencies)

MONTREAL - Canadian lawmakers passed a wage subsidy program Saturday heralded as the largest economic measure in the country since World War II, to help businesses and their employees get through the coronavirus crisis.

Parliament is suspended but held an exceptional session in the middle of Easter weekend to adopt the Can$73 billion (US$52 billion) program, which aims to pay companies 75 percent of their employees' salaries to avoid massive layoffs.

Prime Minister Justin Trudeau attended the session. He had been in isolation in his home for a month after his wife contracted the virus.

Apart from leaders of the main parties, only about 30 MPs out of 338 sat in order to comply with social distancing orders.

The House of Commons passed the bill in the afternoon, following in the evening by the Senate.

Trudeau, referring to Canada's sacrifices in both world wars, stressed that the fight against the virus "is not a war," but "that doesn't make this fight any less destructive."

"The front line is everywhere, in our homes, in our hospitals and care centers, in our grocery stores and pharmacies, at our truck stops and gas stations.

"And the people who work in these places are our modern day heroes," he said.

This was the second financial assistance bill proposed by Trudeau's government since the beginning of the crisis.

Its purpose is to "enable Canadians to keep their jobs and get a paycheck," the prime minister said, adding it is "the largest Canadian economic policy since World War II."

The 75 percent wage subsidy, which is for three months and retroactive to March 15, is for businesses that have suffered or will suffer a 15 percent drop in revenues in March or 30 percent in April and May, finance minister Bill Morneau said.

Canada had 23,197 cases of coronavirus and 678 deaths due to the disease as of Saturday.