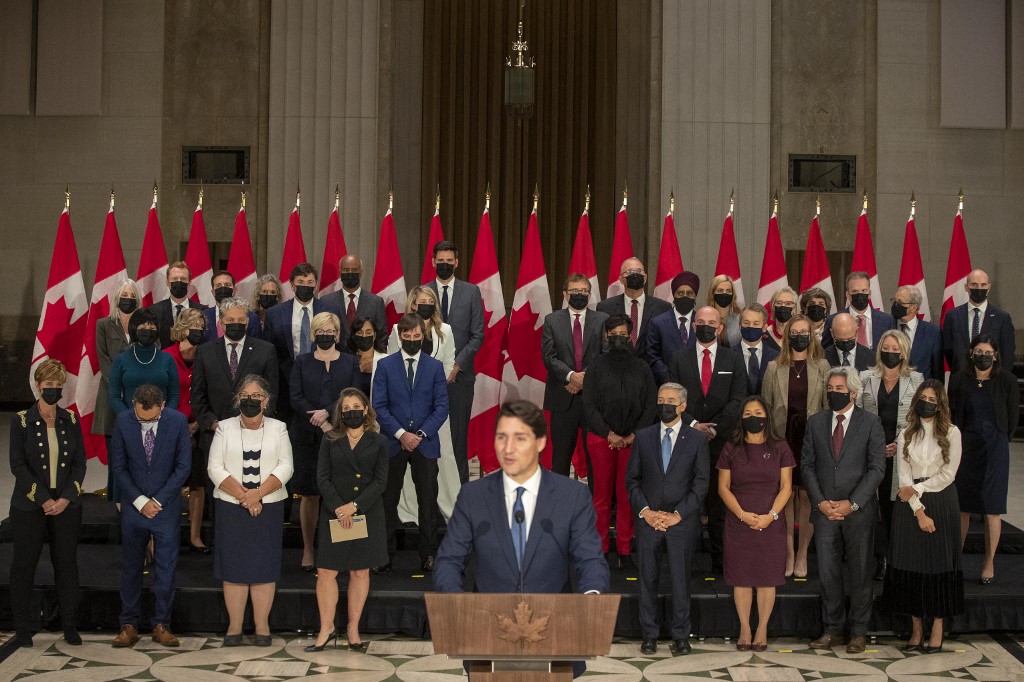 Canadian Prime Minister Justin Trudeau speaks during a press conference with members of his new cabinet in Ottawa, Canada, on October 26, 2021. (Photo: AFP)

Totally, there are 39 members of the new cabinet, including Trudeau, with just seven ministers retaining the same titles and positions they previously held.

Melanie Joly received a major promotion, moving up from minister of economic development and official languages to a much higher profile as foreign affairs minister.

Anita Anand has replaced Harjit Sajjan as minister of defense, with Sajjan being moved to the minister of international development. Anand becomes only the second woman in Canadian history to take on the role of defense minister, after former prime minister Kim Campbell in the 1990s.

Patty Hajdu has been moved from the health file after 19 months of the COVID-19 pandemic and has been given a new mandate as minister of Indigenous Services. Carolyn Bennett has been shuffled out of Crown-Indigenous relations, and that portfolio has been given to Marc Miller.

Among the other new faces to the cabinet, most of whom have been MPs for years, are Mark Holland, who previously was the chief government whip but is now taking the key Government House Leader role; re-elected Randy Boissonnault, Marci Ien, Helena Jaczek, Kamal Khera, Gudie Hutchings, and newly-elected Pascale St-Onge.

The new Parliament will kick off on Nov. 22.