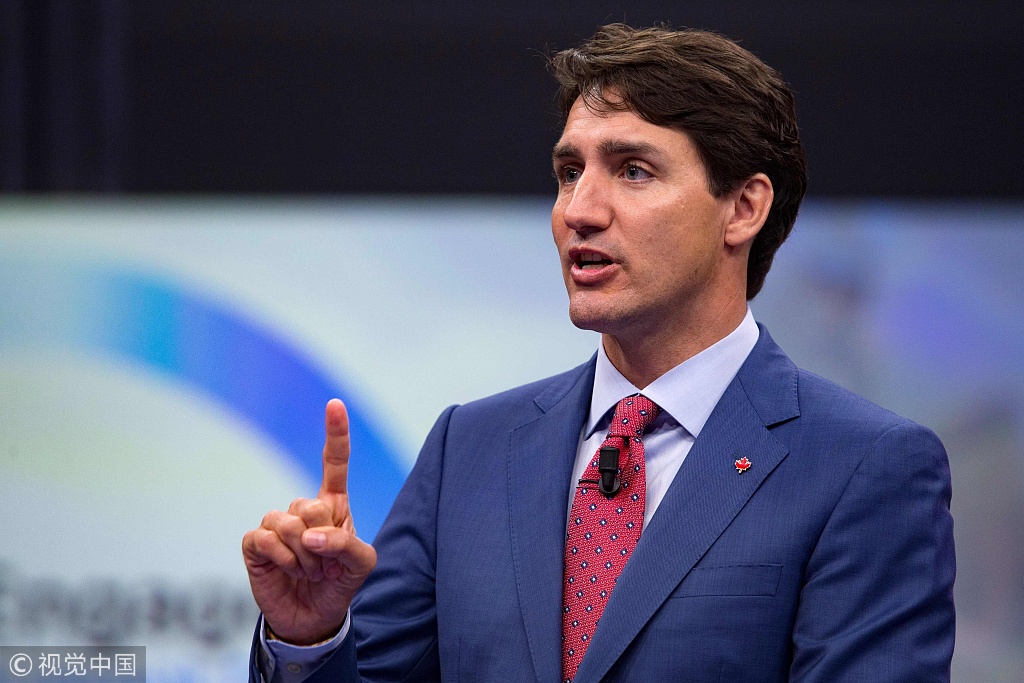 Canadian Prime Minister Justin Trudeau said Wednesday that his government will not sign a new deal for the North American Free Trade Agreement (NAFTA) that is bad for Canada, local media reported.

"We're not going to accept that we have to sign a bad deal just because the president wants that. We'll walk away and not sign a deal rather than sign a bad deal for Canadians," Trudeau said in Edmonton, southwestern Canada, on Wednesday after the two Canadian negotiating teams returned to the table in Washington.

He pointed out that NAFTA's dispute resolution mechanism is necessary in a world where the president of the United States "doesn't always follow the rules."

"One of the things that is clear is that we have red lines that Canadians simply will not accept. We need to keep the Chapter 19 dispute resolution because that ensures that the rules are actually followed and we know we have a president who doesn't always follow the rules as they're laid out," he  said.

Chapter 19 is a known sticking point between Canada and the United States in the renegotiation of NAFTA.

The chapter allows companies to request arbitration when they believe their products have been unfairly hit by anti-dumping or countervailing duties.

Bargaining has been going on to finalize the text of the agreement and deliver it to the U.S. Congress by the end of the month.

U.S. President Donald Trump has threatened to move ahead with a NAFTA deal with Mexico, and without Canada, both its neighbors.