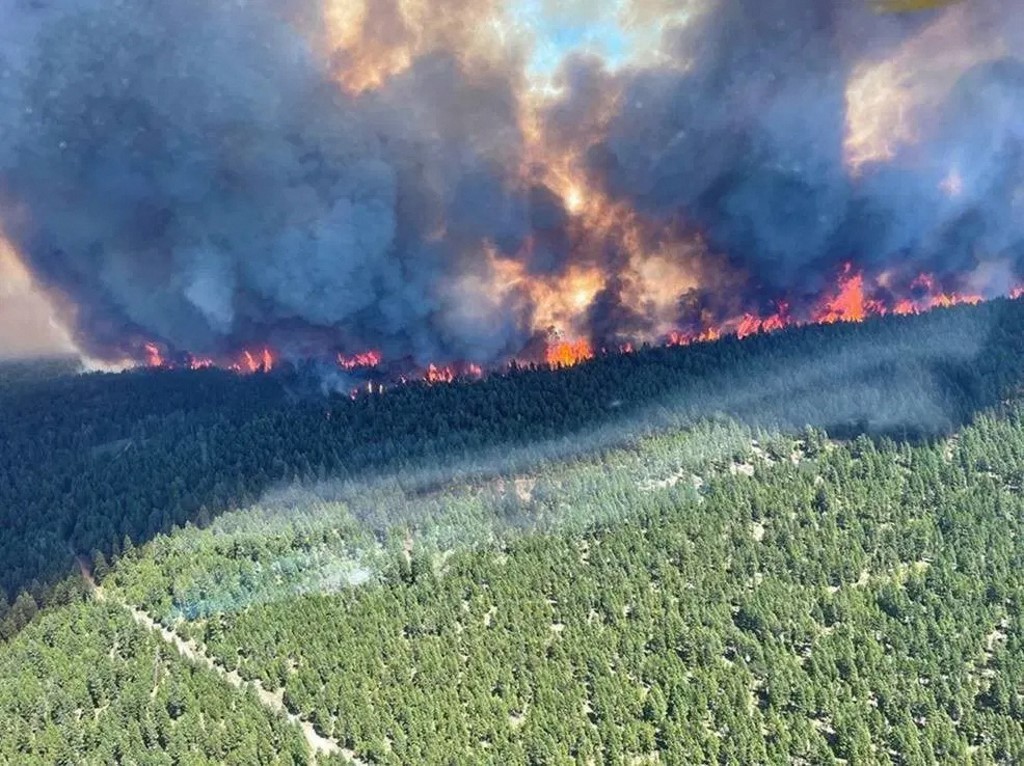 This handout photo courtesy of BC Wildfire Service shows the Sparks Lake wildfire, British Columbia, seen from the air on June 29, 2021. (Photo: AFP)

More than 3,000 wildfire personnel are currently battling blazes around the province.

The state of emergency will take effect at midnight Tuesday and will last at least 14 days.

It provides the province the ability to acquire land use or personal property to prevent or alleviate the effects of the emergency.

It also gives the provincial government powers to control or prohibit travel to or from any area in the coastal province and allows for the removal of trees, structures, or crops.

There are currently 299 wildfires burning in the province, 37 of which are considered to be highly visible or a threat to public safety.