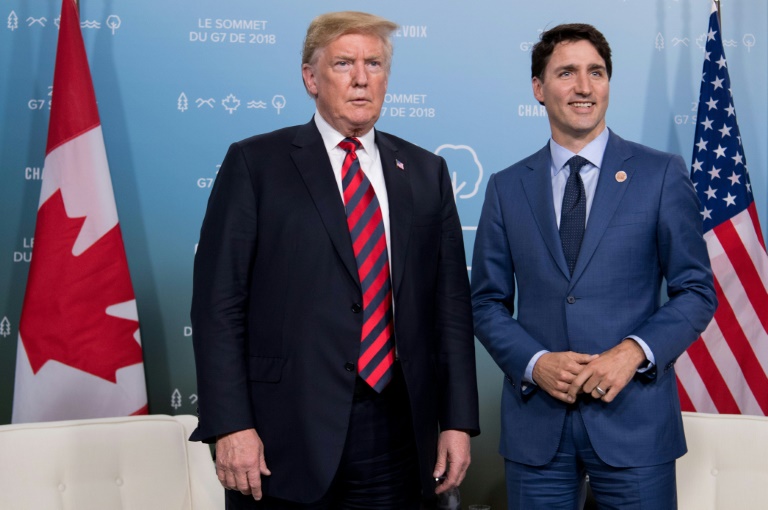 Canadians approve of Justin Trudeau's response to President Donald Trump's personal attacks as well as his countervailing tariffs on US imports - and the prime minister's popularity is up, poll results released Friday showed.

Trump slammed Trudeau as "dishonest" and "weak" after the Group of Seven summit last week, incensed by a news conference at which the Canadian premier termed the US president's decision to use national security to justify steel and aluminum tariffs as "insulting."

Sixty-two percent of Canadians "say he has handled his spat with Trump well," while 59 percent support "his government's countervailing tariffs in retaliation to Trump's on steel and aluminum," the Angus Reid Institute said.

After falling for a year, Trudeau's overall popularity is up 12 points from March, with 52 percent of Canadians approving of his job, it said.

The data comes from two studies by the Angus Reid institute: one that spanned the period before, during and after the G7 summit, and the second after its conclusion.

Trump aides piled on the day after the summit, with one saying that Trudeau "stabbed us in the back" and another stating that there is a "special place in hell" for people who conduct diplomacy like he allegedly did.

Trudeau sought to focus attention on the G7 summit instead of engaging in a war of words with Trump.