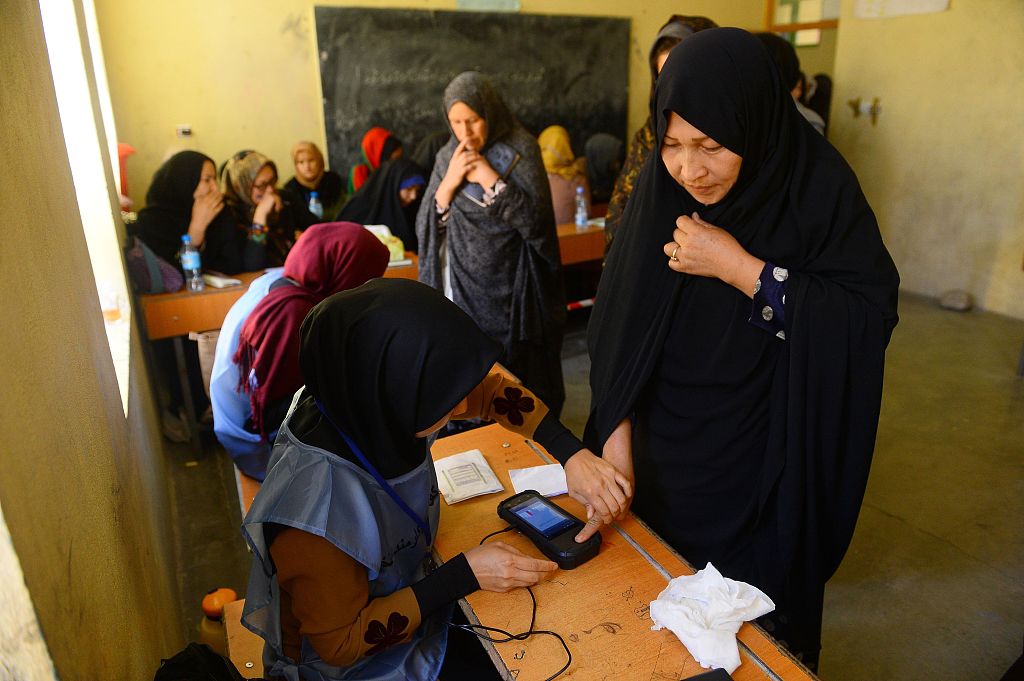 An Afghan Independent Election Commission (IEC) official scans a voter's finger with a biometric device at a polling centre for the country's legislative election in Herat province on October 20, 2018. (Photo: VCG)

The 12-day candidate nomination period started on Saturday and will end on Jan. 2,  according to the IEC website.

The polls are expected to be held on April 20 next year.

The IEC will also launched a supportive voter registration process from Jan. 10 to Jan. 24 to help register Afghans who do not have voting card, newly return to the country or lately become eligible for taking part in the elections.

Earlier this year, some 12 million eligible voters registered for the parliamentary elections held in October, but only 4 million people cast their ballots amid security fears and militants' intimidation.

The IEC is expected to announce the preliminary list of presidential runners on Jan. 8.