Candidates face first cull in battle to be British PM

The 10 candidates running to replace Britain's outgoing Prime Minister Theresa May face the first round of voting on Thursday -- when at least one will get the chop. 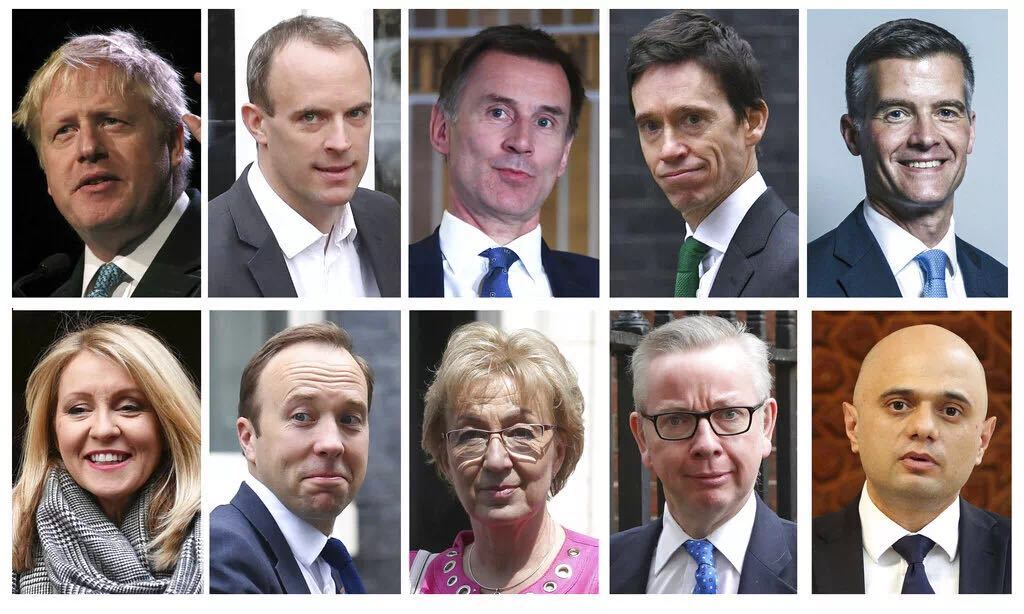 Conservative MPs hold their first secret ballot in the governing party's leadership contest as they begin whittling down the contenders.

All 313 lawmakers can vote and any candidate who does not garner the support of 16 colleagues will drop out. If they all clear that hurdle, the one with the lowest number of votes is knocked out.

May, who remains prime minister, stepped down as party leader on Friday, having failed to deliver her plan for taking Britain out of the European Union after nearly three years in the post.

Bookmakers have ex-foreign secretary Boris Johnson as their odds-on favourite to win the contest to replace her.

The former London mayor broke his silence to launch his campaign on Wednesday, saying he would only take Britain out of the EU without a deal as a "last resort" as he promised to unify a country deeply divided over Brexit.

A cross-party effort to block a chaotic end to the 46-year partnership failed on Wednesday, potentially leaving more room for manoeuvre for a future premier.

Johnson said that if parliament blocks Brexit completely, "we will reap the whirlwind and we will face mortal retribution from the electorate".