Candidates in Spain urge voters to keep far-right at bay 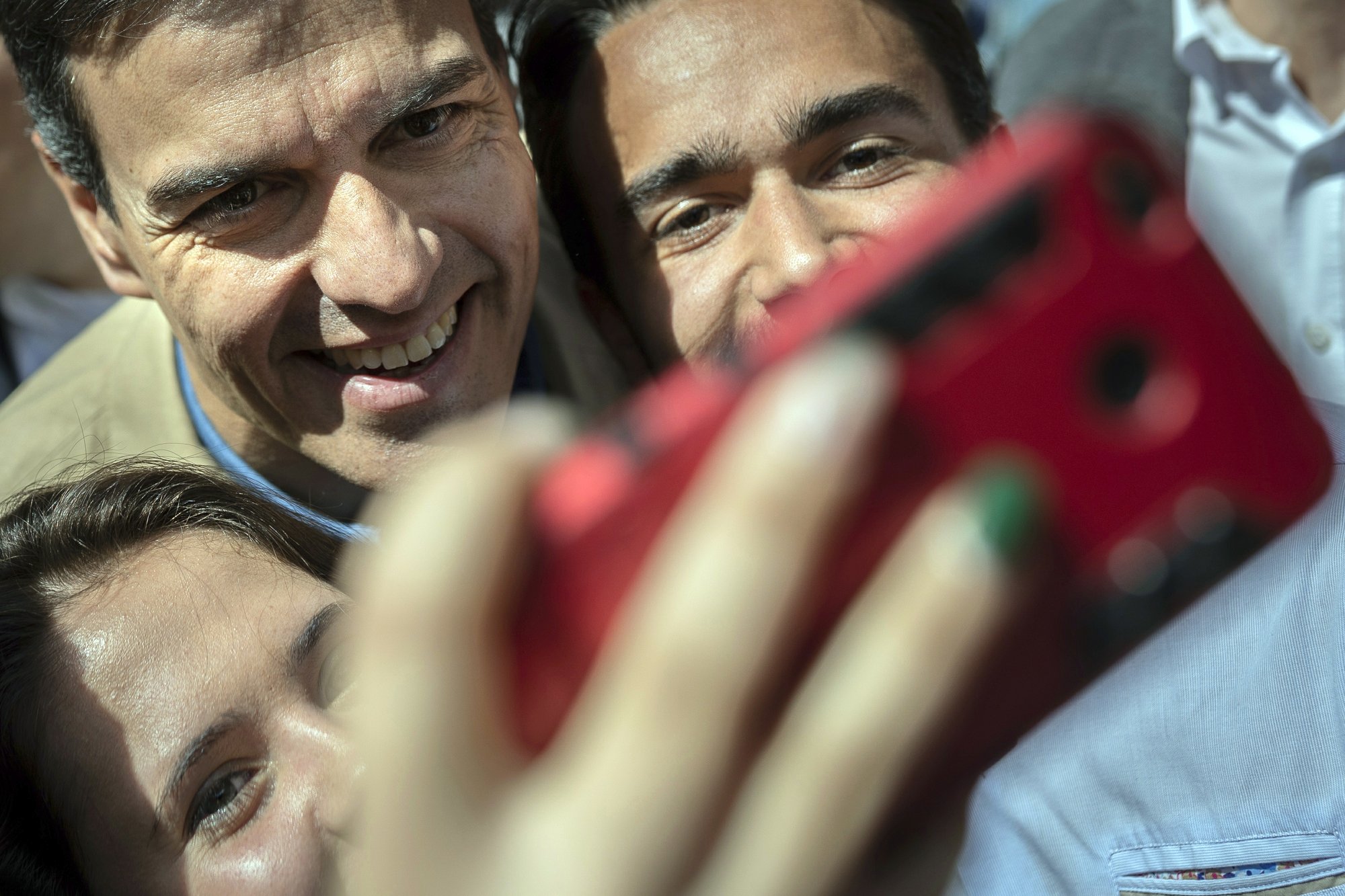 Appealing to Spain’s large pool of undecided voters, top candidates on both the right and left are urging Spaniards to choose wisely and keep the far-right at bay in Sunday’s general election.

What those undecided voters do in this tight race will shape the fortunes of the two political blocs that loosely took shape during campaigning. With no one party expected to win over 50 percent of Sunday’s vote, the question becomes which of Spain’s top five parties will join together after the vote to create a governing alliance.

The incumbent Socialist candidate, Prime Minister Pedro Sánchez, said Friday he’s open to a coalition with the anti-austerity United We Can party, hinting for the first time at a possible center-left governing deal.

On the political right, which the conservative Popular Party used to dominate but which has splintered into three main groups, the upstart far-right Vox party is making inroads. Citizens leader Albert Rivera, meanwhile, insists that his center-right party will only join a governing coalition with the conservatives.

The Popular Party’s new leader, Pablo Casado, is determined to unseat the leftist Sánchez from power but is also battling to stop the far-right from draining votes away from his party, as pollsters are predicting.

“The only alternative to Sánchez is the Popular Party, because we are the only ones that can reach agreements and avoid a deadlock,” Casado told esRadio on Friday, warning that Spain’s economy would suffer under a center-left alliance.

Casado opened the door to some kind of post-election understanding with the anti-migrant nationalists of Vox. He said the three parties on the political right could potentially “pool” their votes, although he didn’t elaborate.

All candidates were holding closing rallies Friday in Madrid, with Sánchez and Rivera also moving late in the evening to Valencia, where a regional election is also being held on Sunday.

The only certainty as they readied for those final campaign rallies is that a far-right populist party is poised to sit in Spain’s national parliament for the first time since the 1980s, and that an even more fractured political landscape is likely to emerge from Sunday’s election.

Astrid Barrio, a politics professor at the University of Valencia, said the real fight is taking place between the three right-wing parties. Vox has surged in support, mainly due to a rise in Spanish nationalism that is the direct result of separatist demands in the northeastern Catalonia region.

“The left has not responded to the right’s radicalization and separatist parties have not even dared to call for an independence referendum as a condition to eventually back Sánchez,” Barrio said, referring to the political crisis in Catalonia that has affected all of Spain.

“The idea of curbing the rise of the far-right has had a moderating effect,” she said.

Spanish law bans media and parties from conducting polls during the final days of campaigning. But the latest surveys available, published Monday, showed that a third of Spain’s nearly 37 million voters still haven’t decided who to vote for.

Sánchez urged Spaniards to cast a “useful vote,” warning that the rise of Vox should not be underestimated.

“We are facing a real risk of the right-wing and the extreme right coming together,” the prime minister said, citing how the Socialist party was unseated late last year by a right-wing pact after 36 years in power in Andalusia, Spain’s most populous region.

A close election result could bring weeks of political hard bargaining, and Sánchez said he didn’t want any government he leads to depend on the votes of small parties demanding regional independence, such as those in Catalonia, because they are “untrustworthy.”

“Spain deserves four years of stability,” he said, noting this is the country’s third parliamentary election in less than four years.

Sánchez told the El País newspaper that “it isn’t a problem” if the left-wing United We Can party led by Pablo Iglesias becomes part of his Cabinet if he wins the tight race and forms the next coalition government.