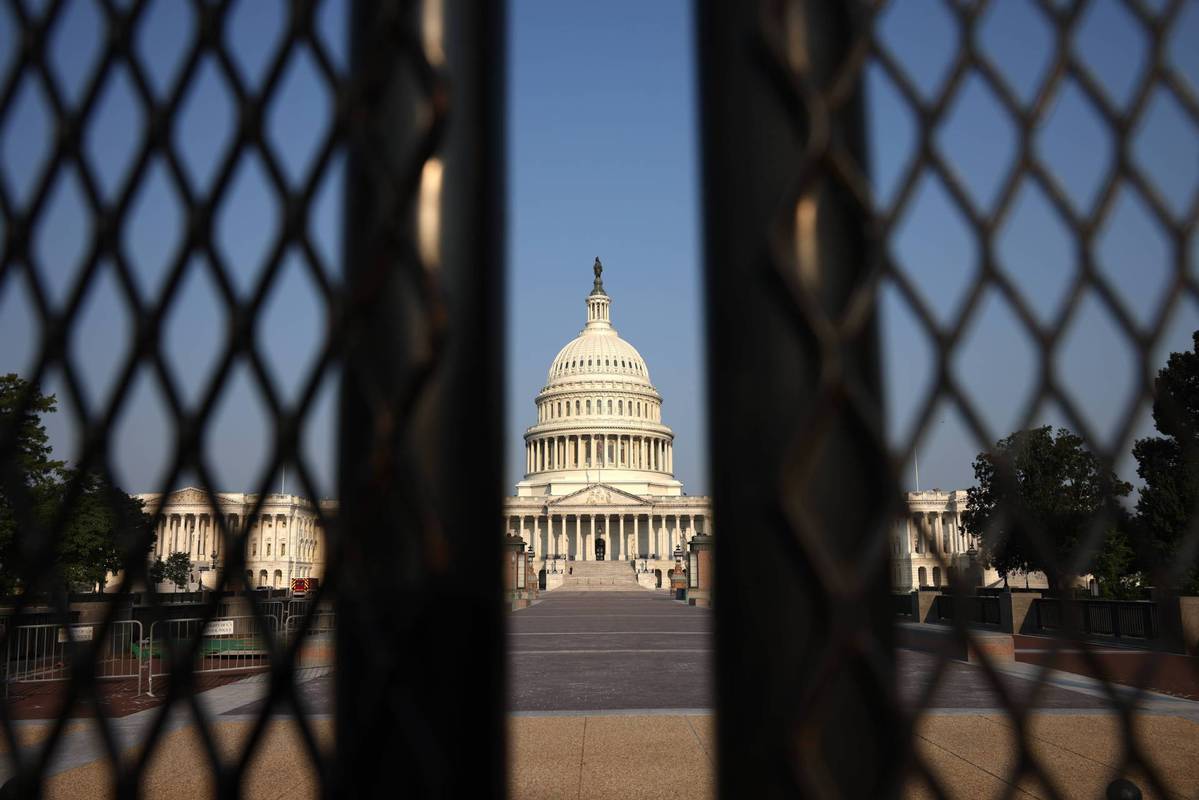 The US Capitol is seen behind security fencing in Washington, DC, on July 6, 2021. (Photo: Agencies)

The first person convicted of a felony in the Jan 6 attack on the US Capitol has been sentenced to eight months in prison and ordered to pay $2,000 in restitution for a portion of the damage to the building.

Paul Hodgkins, 38 of Tampa, Florida, pleaded guilty to breaching the Senate chamber in the Capitol.

US District Court Judge Randolph Moss sentenced him on Monday to far less than the 1.5-year prison term that the Justice Department requested. He departed from that recommendation, saying Hodgkins contributed to a grave offense against democracy but deserved some leniency because he pleaded guilty "exceptionally early", wasn't involved in violence and issued a "sincere" apology.

"Although Mr. Hodgkins was only one member of a larger mob, he actively and intentionally participated in an event that threatened not only the security of the Capitol but democracy itself," Moss said. "That is chilling, for many reasons.

"He understood what he was doing," Moss said. "He was one of a small number of people who made their way to the Senate floor."

Hodgkins had asked Moss for no prison time. He said he had no plans to enter the Capitol when he traveled in Washington to attend Trump's rally earlier in the day, but he got swept up in the march along Pennsylvania Avenue.

Once inside the Capitol, he said, he apologized to police officers for the trouble and he offered medical care to an injured rioter.

"I can say without a shadow of a doubt that I am truly remorseful and regretful for my actions in Washington," Hodgkins told the court. "This was a foolish decision on my part that I take full responsibility for it."

Mona Sedky, an assistant US attorney, acknowledged that Hodgkins wasn't violent or destructive, but she said that he witnessed police officers being injured and rioters spraying chemicals. She said he came ready for conflict with goggles and gloves and benefited from the violence of others. He was among about 50 people who made it into the Senate chamber, she said.

"At its core, this was a grave danger to our democracy," Sedky said, calling it "an act of domestic terrorism".

Patrick Leduc, a defense lawyer for Hodgkins, disputed calling the riot domestic terrorism and said it was a protest that led to a riot.

But Moss said rioters interrupted one of the most solemn functions of democracy: counting Electoral College votes for the peaceful transfer of power.

Hodgkins is among the first dozen defendants to reach plea bargains with prosecutors, four for felonies and eight for misdemeanors. Two defendants with misdemeanors have been sentenced, one to six months in prison and one to three years of probation.

At least 535 people were charged in the first six months after the attack, with 165 accused of assaulting, resisting or impeding officers, according to the Justice Department. More than 50 people are charged with using a deadly or dangerous weapon or causing serious bodily injury to an officer, the department said.

About 140 police officers were injured during the melee that temporarily halted Congress counting Electoral College votes. The disruption led to charges of obstruction of an official proceeding, which carries a 20-year maximum sentence.