WORLD Captain fully responsible for grounding of Ever Given in Suez Canal: authority

Captain fully responsible for grounding of Ever Given in Suez Canal: authority 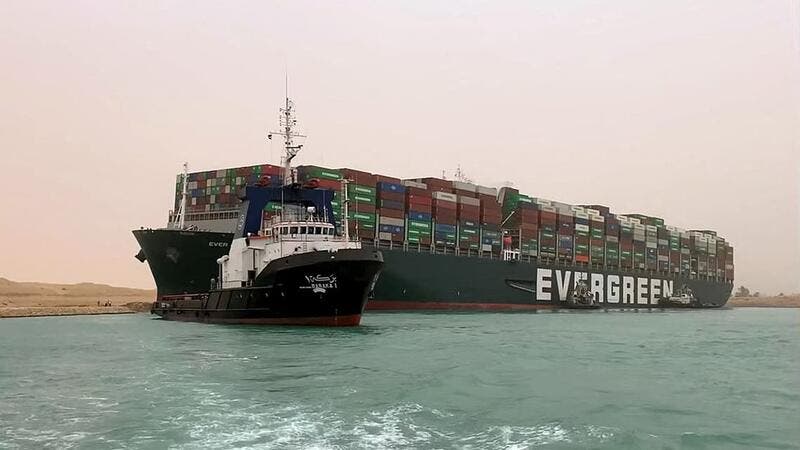 The MV Ever Given (Evergreen), a 400-meter- long and 59-meter wide vessel, lodged sideways and impeding all traffic across the waterway of Egypt's Suez Canal in March. (File photo: AFP)

ISMAILIA, May 30 (Xinhua) -- Egypt's Suez Canal Authority (SCA) announced on Sunday the captain of Ever Given was fully responsible for the grounding of the huge cargo vessel that blocked the canal for six days in March.

"It is due to the captain's repeated orders in a very short time," Captain al-Sayed Shuaisha, head of the SCA's investigation team, told reporters at the SCA's headquarters in the Suez-Canal city of Ismailia.

In April, the Egyptian authorities seized Ever Given, one of the largest container ships in the world. The 400-meter-long, 200,000-ton giant vessel ran aground across the canal on March 23 and halted the canal's traffic for six days.

"The data from the ship's black box proves that it is not the error of the SCA's mentors," Shuaisha said, adding that the data showed three other ships crossed shortly before the Ever Given.

On May 25, Egypt offered to cut its compensation claim down from 916 million U.S. dollars to 550 million dollars against the impounded vessel after the SCA obtained the estimated financial value of the goods on the ship.

On Saturday, an Egyptian economic court postponed the trial on the ship to allow for further negotiations on the compensation value.

Linking the Red Sea and the Mediterranean Sea, the Suez Canal lost between 12 to 15 million U.S. dollars in daily revenues during the blockage, according to statistics of the canal authority.