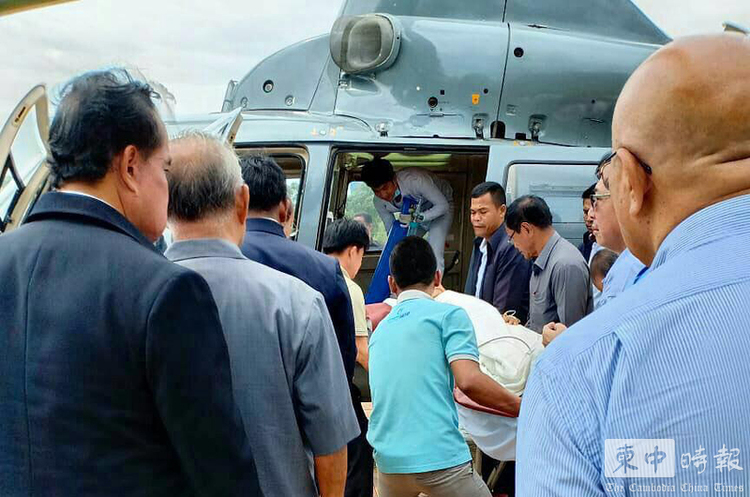 Prince Norodom Ranariddh and his wife Ouk Phalla were rushed to hospital after a taxi travelling in the other direction slammed into his motorcade.

The accident happened at 9:00 a.m. local time (0200 GMT) in Prey Nop district, when their SUV hit head-on with another car driving in the opposite direction, said the police chief.

Ranariddh, a son of late King Father Norodom Sihanouk, was traveling from the riverside town of Kampot to Preah Sihanouk, campaigning for national elections set for July 29.

The Funcinpec Party issued a statement Sunday mourning the loss of Ouk Phalla.

"The death of Princess Ouk Phalla represents the loss of an important patriot on behalf of the country. May princess rest in peace," said the statement.

Currently, Ranariddh is the president of the Supreme Privy Advisory Council to King Norodom Sihamoni, his half-brother.