WORLD Car bomb blast, gun firing rock outside main US base in Afghanistan

Car bomb blast, gun firing rock outside main US base in Afghanistan 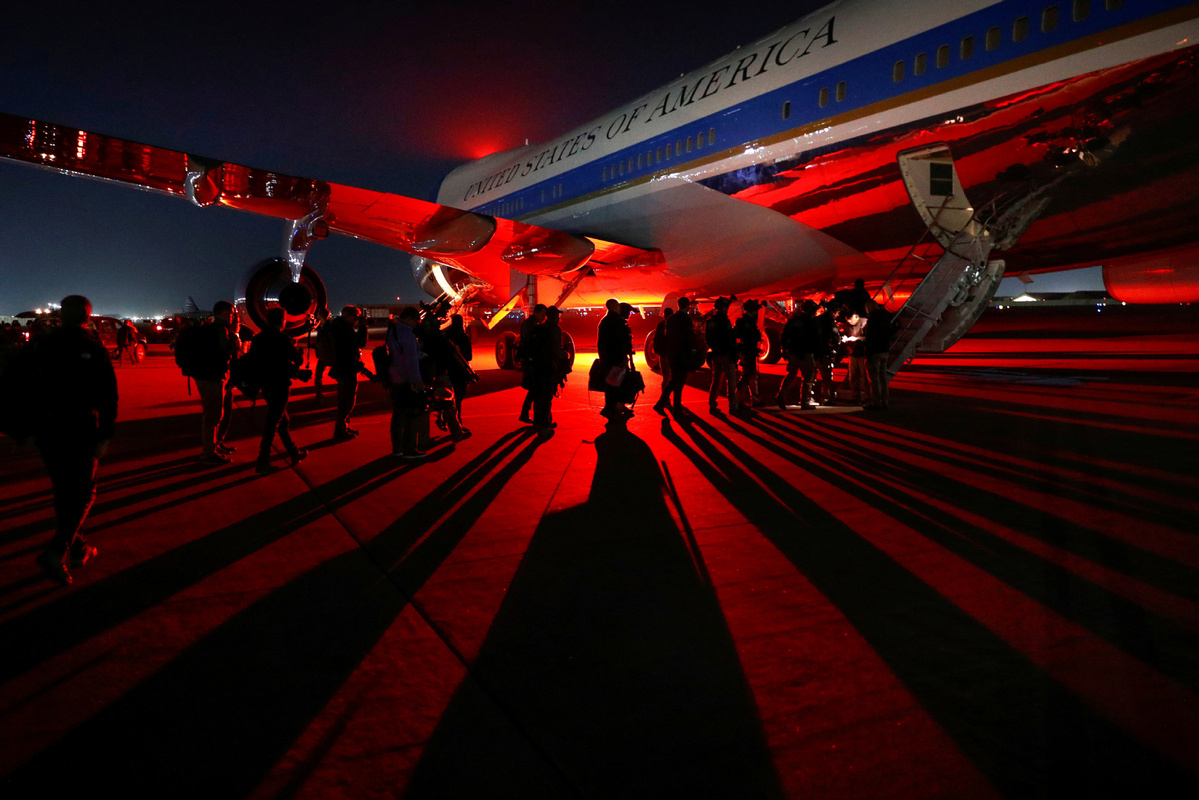 Members of the news media, US Air Force and US Secret Service line up to enter Air Force One, following US President Trump's remarks to US troops in an unannounced visit to Bagram Air Base, Afghanistan, on Nov 28, 2019. (Photo: Agencies)

KABUL - Militants detonated a massive car bomb and seized a building outside a main US and NATO military base in Afghanistan's Bagram on Wednesday morning, pushing security forces to respond, officials and witnesses said.

"A car bomb explosion occurred at 5:50 am local time Wednesday in Bagram district. We still cannot provide details on causalities. There is fear of possible causalities," Nasrat Rahimi, spokesman of the Afghan Interior Ministry, told Xinhua.

Further details will be released as appropriate, Rahimi added.

"We heard a huge blast in Janqadam locality in Bagram district after militants detonated a huge car bomb. A second group of militants seized a health clinic's building, clashing with security forces and firing rocket propelled grenades (RPGs) onto the Bagram base," a witness told local Arman FM radio.

The whole place has now been sealed off by US and Afghan security forces, the witness added.

The blast caused a plume of gray smoke to rise above the scene.

Military helicopters were hovering over the site.

Located in Bagram district of eastern Parwan province, the Bagram military base, some 50 km north of Afghan capital of Kabul, has been serving as a main US and NATO military base in Afghanistan over the past 18 years.