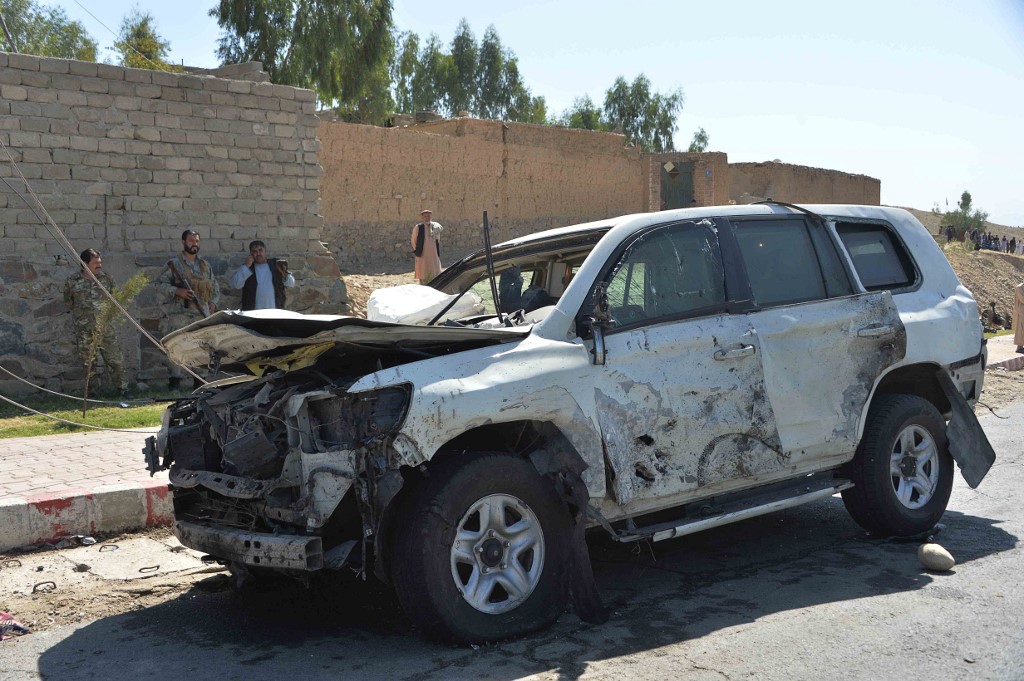 "The explosion occurred roughly at 10:00 am local time. The blast targeted the convoy of provincial governor driving along a road. The governor escaped the attack, but pedestrians and policemen guarding the convoy were affected," said a police officer who requested anonymity.

Shafi Afghanyar, a provincial police spokesman, said that six pedestrians were killed and 26 civilians were wounded. "Casualties were shifted by ambulances, police and private vehicles to a provincial hospital. Some of the wounded were in critical condition."

"Two policemen of the convoy were killed and two others wounded," he said.

The blast sent thick smoke into the sky and triggered panic, the police officer said, adding that the blast also caused destruction in the city, 90 kilometers east of the country's capital, Kabul.