Carbon emissions from energy dropped 10% in the EU last year

Carbon dioxide emissions from fossil fuel combustion dropped 10% in the European Union last year amid the coronavirus pandemic, according to estimates from the EU's statistical office. 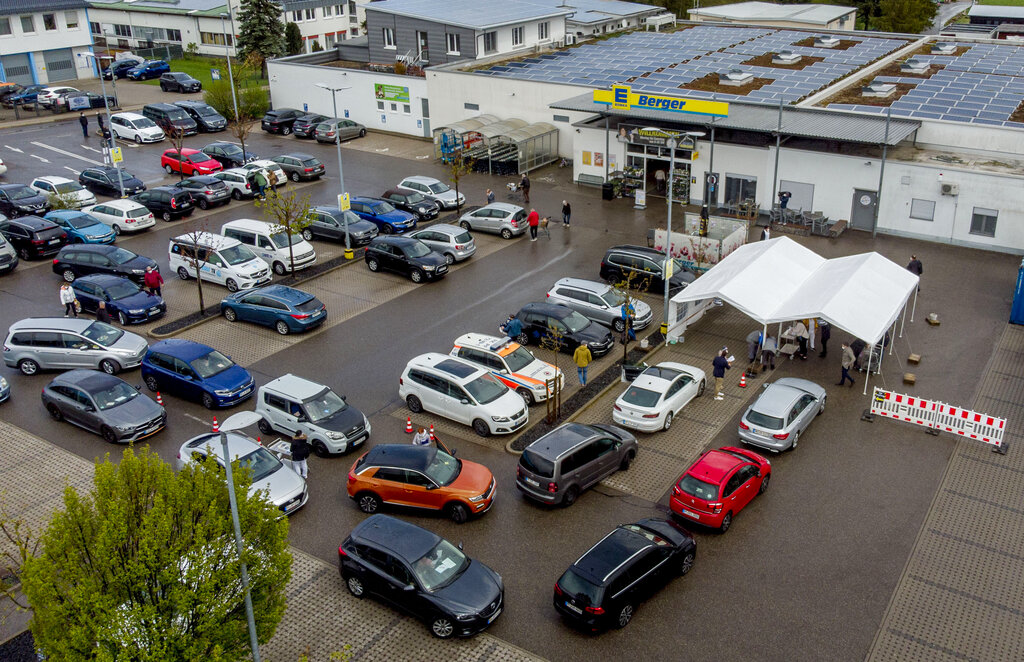 In this file photo dated Wednesday, May 5, 2021, cars with people waiting for AstraZeneca vaccination queue in front of a tent on the parking lot of a supermarket in Pforzheim, southern Germany. (Photo: AP)

Eurostat said in a statement Friday that emissions fell in all of the EU's 27 member nations compared to 2019 as governments imposed lockdown measures to slow the spread of the virus.

Eurostat said the sources of the cutbacks varied.

“The largest decreases were seen for all types of coals. The consumption of oil and oil products also decreased in almost all member states, while natural gas consumption decreased only in 15 member states and increased or stayed at the same level in the 12 others,” the office said.

CO2 emissions from energy consumption account for about 75% of all man-made greenhouse gases in the EU. The amounts produced are influenced by many factors, including economic growth, transportation and industrial activities.

As part of the “European Green Deal," the EU has committed itself to cutting greenhouse gas emissions by at least 55% by 2030 compared to 1990 levels. Brussels is also aiming to become “climate-neutral” by midcentury. Scientists say this goal needs to be achieved to keep average global temperatures from rising above 2 degrees Celsius (3.6 F) by the year 2100.