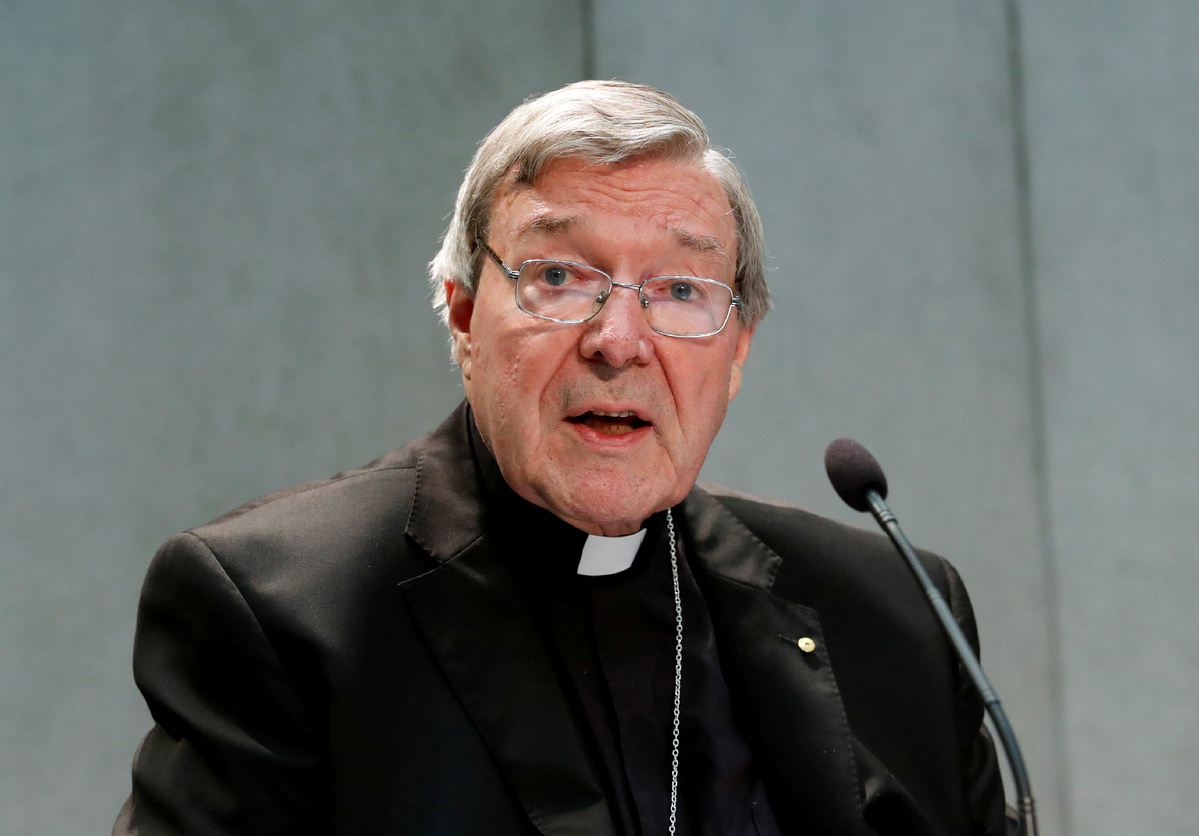 The High Court ordered Pell's convictions be quashed and verdicts of acquittal be entered in their place, ending the most high profile case of alleged historical sex abuse to rock the Roman Catholic Church.

The seven judges of the High Court agreed unanimously that the jury in the cardinal's trial "ought to have entertained a doubt" as to his guilt.

Pell, who has maintained his innocence throughout the lengthy court process, cannot be retried on the charges.

The Vatican had no immediate comment. Pope Francis has said he would only comment on the case after Pell exhausted all avenues of appeal.

Pell, a polarising figure in Australia for his conservative views, was the highest ranked Catholic official worldwide to have been jailed for child sex offences when he began serving a six-year sentence a year ago.

Pell was charged in 2017 with one charge of sexual penetration of a child under 16 and four charges of an indecent act with a child under 16, which the plaintiff said took place when Pell was archbishop of the city of Melbourne.

The High Court said the lower court of appeal majority who dismissed an earlier appeal "failed to engage with the question of whether there remained a reasonable possibility that the offending had not taken place, such that there ought to have been a reasonable doubt as to the applicant's guilt."

Pell's accuser, one of two boys the archbishop was alleged to have assaulted, had said the offences took place shortly after Sunday masses, in the priests' sacristy of St. Patrick's cathedral and a sacristy corridor. The second alleged victim died in 2014.

The judgment was delivered during Holy Week, the period leading up to Easter which is the most important day in the Christian calendar, following two days of hearings a month ago.

The decision was delivered to a largely empty courtroom in Brisbane because of national restrictions on travel and public gatherings amid the coronavirus pandemic.

Pell, who has remained a cardinal despite pressure on the church from victims of sexual abuse and their advocates to dismiss him, said his case was not a referendum on the Catholic Church or how its authorities dealt with the crime of paedophilia.

"The point was whether I had committed these awful crimes, and I did not," he said.