WORLD Care home charity warns UK deaths could be over 7,000

Care home charity warns UK deaths could be over 7,000 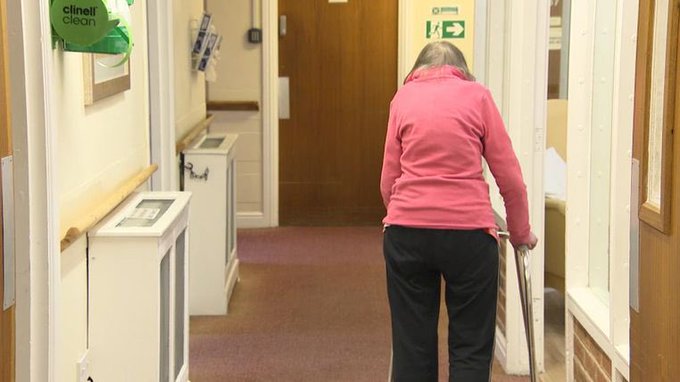 The number of coronavirus victims in Britain's care homes could be as high as 7,500, five times more than the official estimate, the sector's main charity warned on Saturday.

Care England, Britain's largest representative body for care homes, told the Daily Telegraph that estimates based on "some of the death rates since April 1" suggested up to 7,500 may have died of the virus.

"Without testing, it is very difficult to give an absolute figure," Martin Green, chief executive of Care England, told The Daily Telegraph.

"However, if we look at some of the death rates since April 1 and compare them with previous years' rates, we estimate a figure of about 7,500 people may have died as a result of COVID-19."

The figure is more than five times higher than the estimate of 1,400 suggested by the government earlier this week.

It is also far in excess of the 217 care home deaths recorded by the Office for National Statistics (ONS) up to April 3, the most recent date for which official data is available.

Britain's official coronavirus toll currently stands at 14,576, although that only includes deaths recorded in hospitals, which can take some days to register fatalities.

The ONS said this week that its data suggested that deaths in hospital accounted for around 85 percent of all coronavirus fatalities in the country.

This figure was calculated by comparing overall excess deaths in the country to the official coronavirus toll.

But the Care England estimate would mean that deaths in hospital account for a far lower proportion of the true total than the ONS data suggested.

"This is a shocking and utterly heartbreaking estimate that will send a chill down the spine of anyone with a loved one living in a care home," said Caroline Abrahams, charity director at the Age UK charity.

"As we have feared for some time, what's going on in care homes –- not only here but in many other countries too –- is a tragedy in the making."

Care England did not publish the data underlying its estimate, but Health Secretary Matt Hancock told the health and social care committee on Friday that figures would be published "very shortly".

Care home bosses have accused the government of a "shambolic" response to the sector's crisis, particularly over "haphazard" deliveries of Personal Protective Equipment (PPE).

Around 94 percent of care home beds in Britain are in private hands, with "a large number of them owned by international private companies," according to The Centre for Health and the Public Interest thinktank.

Concern over PPE is not restricted to care homes, with frontline staff in some of Britain's state-run hospitals warning they could run out this weekend.

Chris Hopson, chairman of NHS Providers, said we have "reached the point where national stock of fully fluid repellent gowns and coveralls (is) exhausted".

A leaked Public Health England document revealed health workers are being asked to reuse protective gowns and masks as a "last resort".