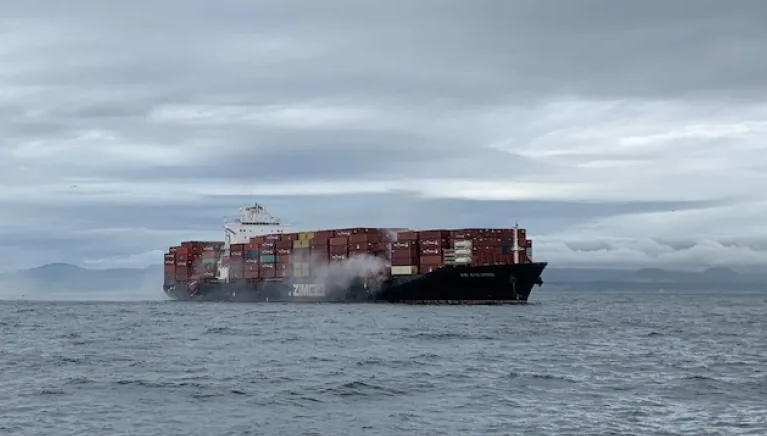 The Zim Kingston ship had been bound for Vancouver when the flames erupted, with the fire reported to the coast guard at around 11 pm local time, CBC News reported.

"The ship is on fire and expelling toxic gas," the Canadian Coast Guard said in a statement on its website, adding that the vessel remains anchored off the coast of British Columbia.

"An emergency zone has been established at Constance Bank within 1 mile of the anchored container ship Zim Kingston," the agency said.

It is unclear what caused the blaze.

The coast guard said the ship is carrying more than 52,000 kg of chemicals located in two of the containers that are on fire, CBC News said.

At least ten crew members have been evacuated, according to media reports.