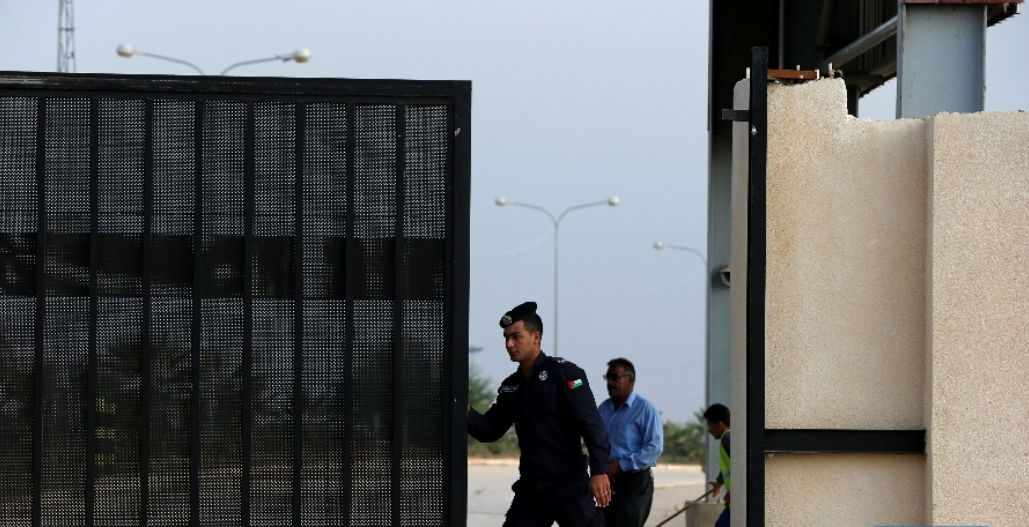 DAMASCUS, Oct. 15 (Xinhua) -- The movement of cars and people through the crossing between Syria and Jordan has started on Monday, state TV reported.

The movement of passengers through the Nasib-Jaber crossing started on Monday after logistic preparations were finalized.

This came a day after Syria and Jordan announced the reopening of the border crossing between both countries as of Monday.

The crossing was closed since 2015 when the rebels took over that area in Syria's southern province of Daraa.

A day earlier, Syrian Interior Minister Mohammad al-Shaar said that the Syrian and Jordanian sides have agreed to re-open the Nasib-Jaber border crossing as of Monday.

Al-Shaar said that technical teams from both countries met Sunday at the Jaber border point, which is on the Jordanian side of the border, and finalized all arrangements and measures pertaining to the re-opening of the Nasib-Jaber crossing.

The Syrian army captured Daraa and the border crossing in July after the rebels in the province surrendered to the army and agreed to evacuate to rebel-held areas in northern Syria, mainly the northwestern province of Idlib.

Last month, the Syrian transportation ministry declared raising the transit crossing fees that should be paid by trucks passing in and out of Syria whether they are loaded or empty.

Ahead of the crisis, the Nasib crossing was the busiest border crossing in Syria as it is situated on the Damascus-Amman international highway.

The crossing is also considered one of the most important land crossings in the Middle East as it was the main crossing for Syrian exports to Jordan and the Gulf countries.

Lebanon would also benefit from the re-opening of the Nasib crossing as the Mediterranean country can do trade business only through Nasib with Arab markets.

The closure of the Nasib border incurred major losses in Lebanon, as 70 percent of the agricultural exports, 32 percent of the food industry and 22 percent of the total industry exports in the country passed through Nasib ahead of its closure, according to Nabil Itani, chairman and CEO of the Investment Development Authority of Lebanon.

The Lebanese businesses had to resort to sea shipment when Nasib was closed, which is much more expensive compared with the land shipment.

The crossing is also important for Jordan which is suffering from economic problems.

Since the crossing was closed in 2015, Jordan has suffered heavy losses as 70 percent of its exports and imports went through Syria, according to Nabil Ruman, head of the investor's board of the Jordanian Free Zone.

Reports said the loss of the Jordanian transport sector from the border closure is estimated at around half a billion US. dollars.