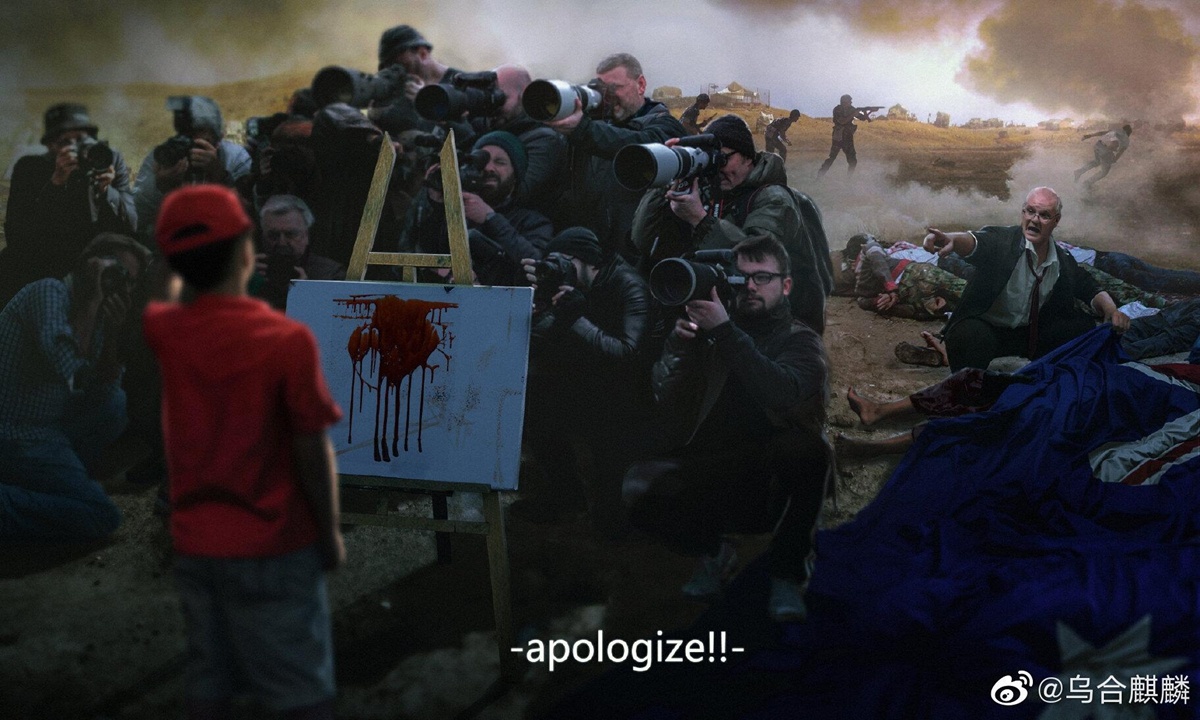 As a war of words escalates in the international community over an illustration based on Australian atrocities in Afghanistan, an Afghan citizen called on more countries to follow China in condemning US-led war crimes in Afghanistan and care more about Afghanistan’s situation.

Shameem Ahmad Nawber, an Afghan PhD student majoring in international relations at Beijing-based Tsinghua University, told the Global Times on Sunday that many Australian soldiers’ war crimes exposed by an investigation report by the Australian Department of Defense did not trigger huge reactions in Afghanistan, as its citizens have suffered these atrocities almost every day.

“We were not shocked by the report as the atrocities are not new for us,” Nawber said.

Almost every Afghan citizen has lost relatives and friends during the past 19 years of the US-led war in Afghanistan, Nawber said.

The report released last month confirmed that 25 Australian soldiers were involved in killings of Afghan prisoners and civilians, in which 39 people were killed and two were tortured.

The Australian crimes became infamous around the world after Chinese Foreign Ministry spokesperson Zhao Lijian tweeted on November 30 a satirical illustration featuring an Australian soldier murdering a child. Zhao commented: "Shocked by murder of Afghan civilians & prisoners by Australian soldiers. We strongly condemn such acts, & call for holding them accountable."

The illustration was created by a Chinese cartoonist based on the report of the Australian crimes in Afghanistan.

"When I first saw the cartoon, I was very emotional and angry at the murder," Nawber said, adding that as an Afghan, he saw something different from most netizens.

"It's easy to condemn, but it's hard to focus on the suffering of the Afghan people. We're like the child in the illustration, our story is covered up by hypocritical morality but no one sees, and our throats are cut by the sword of hegemony but no one hears.

"Although it is a cartoon, unfortunately it reflects the real story of Afghanistan," he said.

Nawber criticized Western countries led by the US for sending more than 100,000 troops to Afghanistan and leaving more than 1,200 of them there. Of those troops, only about 400 were Australian.

"But those 400 are the ones who have already committed such crimes in Afghanistan. Even more frightening is the fact that hundreds of cases of such crimes are still covered up," said Nawber.

NATO countries have also been caught up in similar atrocities in Afghanistan, but most investigations have ended after political meddling.

As an Afghan who grew up in the war, Nawber recalled his experience of when he was 5 years old. As he and his family moved from northern Afghanistan to the safer Kabul, capital of the country, he saw wreckage and heard the sound of gunfire and explosions for the first time.

"My generation of Afghans grew up with the war. The sound of gunfire and explosions are too familiar to Afghans," he said.

"Western criticism against China is ridiculous,” he said, noting that the Western countries have really hurt the country.

Nawber said that as an Afghan student who studies international relations, he sincerely hopes "China's active voice on the Afghan issue, which is really a defense of human values and support for international morality, will be supported by all countries suffering from injustice."

“We are very grateful to China for bravely speaking out for justice and against war crimes,” said Nawber.

He said that China, which had suffered from being a "weak country without diplomacy or justice," can better understand the suffering of Afghanistan.

As peace and stability in Afghanistan can contribute to the elimination of terrorism and boost regional development, he hopes that China and other countries will pay more attention to the current situation in Afghanistan and give more substantial support.

After Zhao’s tweet, Australian Prime Minister Scott Morrison on November 30 demanded that the Chinese government delete the post and apologize.

Another Chinese Foreign Ministry spokesperson Hua Chunying rejected Morrison's demand, saying that the Australian government should feel "ashamed" for the crimes committed by its soldiers in Afghanistan.