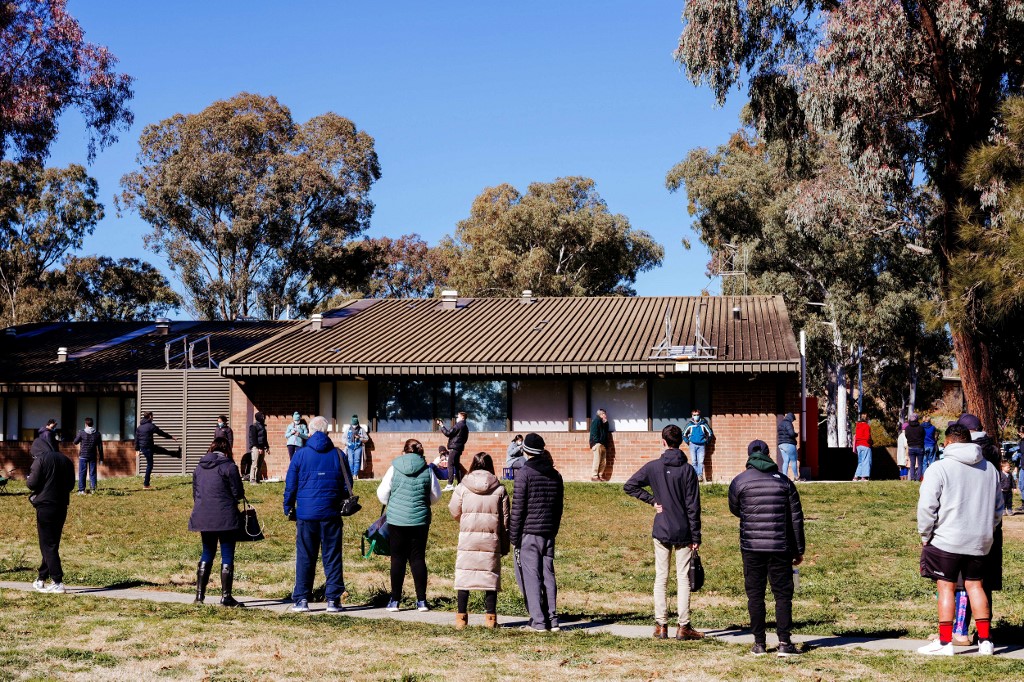 Residents queue up outside a Covid-19 testing center on the first day of the seven-day lockdown in Canberra on August, 13, 2021. (File photo: AFP)

Of all the new locally acquired cases, the source of infection for 250 cases remains a mystery. The health department was also notified of two deaths, including a woman in her 40s and a man in his 90s.

The health authorities are concerned as young people and children, who were thought to be less vulnerable in previous outbreak, are being particularly affected by Delta variant.

State Deputy Chief Health Officer Marianne Gale said in the last 14 days, the age group of 20-29 has the biggest number of cases and the health authorities are seeing more children affected by COVID this year compared to what they saw last year.

"We are discussing those issues with the Department of Education and other industries that look after children as to what are the right measures and settings, because we are seeing more children with COVID, so that is absolutely something we monitor closely, and are consulting with experts about," she said.

The state of Victoria, which recorded 15 new local cases including several mystery infections on Friday, set a goal of 1 million vaccinations in the next five weeks.

Victorian Premier Daniel Andrews announced that from next Monday AstraZeneca vaccine will be offered to anyone over 18 at all state-run vaccination hubs.