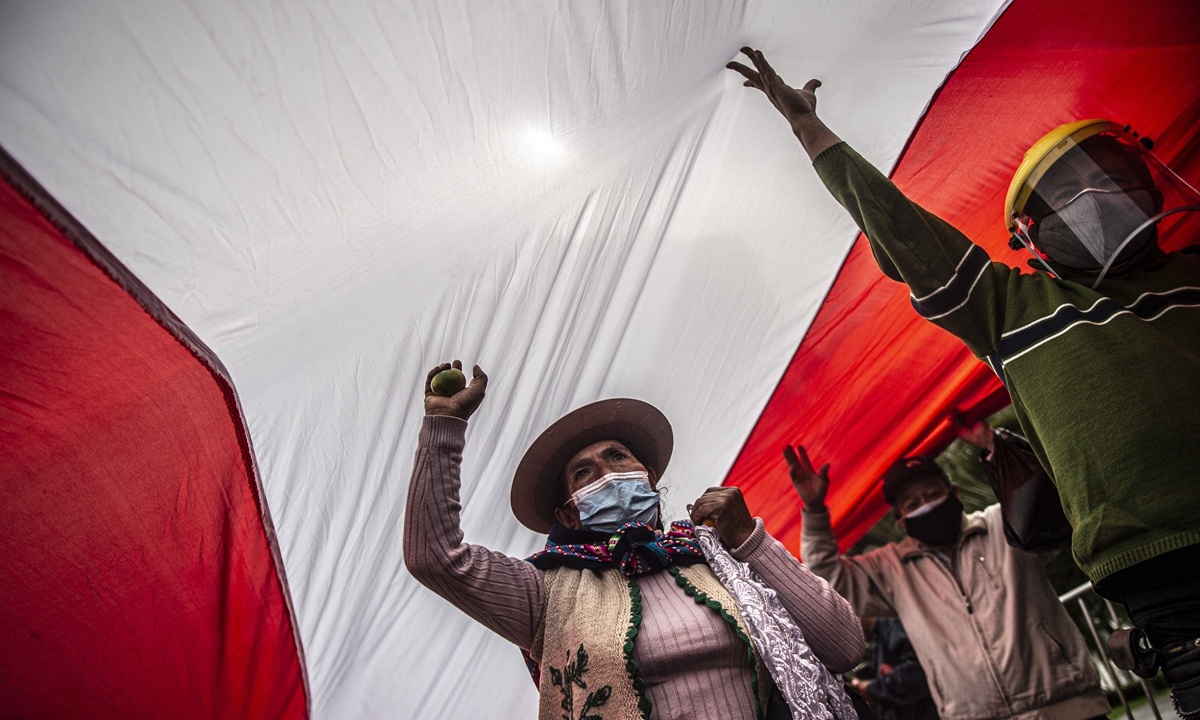 Supporters of the Peruvian left-wing presidential candidate, Pedro Castillo, protest in front of the National Jury of Elections building in Lima on Wednesday. (Photo: AFP)

Leftist Pedro Castillo has cast himself as the winner of Peru's presidential vote, even though election authorities on Wednesday have yet to declare a winner in his race against populist rival Keiko Fujimori, who claims half a million votes are still in play.

On June 4, Fujimori asked the National Electoral Tribunal (JNE) to annul the results of 802 polling stations, the equivalent of 200,000 votes.

She also asked for another 300,000 votes to be reviewed, so "half a million votes are in play," she said at a press conference.

As he overtook her, Fujimori alleged "irregularities" and "signs of fraud," telling reporters she had evidence of "a clear intention to boycott the popular will."

Both candidates had previously agreed to respect the outcome.

Peruvian authorities dismissed any possibility of counting fraud, as did the Organization of American States which said the count had "conformed to official procedures."

As Fujimori spoke, Castillo thanked backers rallying in his support. "Let's not be provoked by those who want to see this country in chaos. Therefore, we make a call for peace and tranquility," he tweeted.

Castillo earlier said party observers considered his triumph a done deal, even as authorities held back on announcing an outcome.