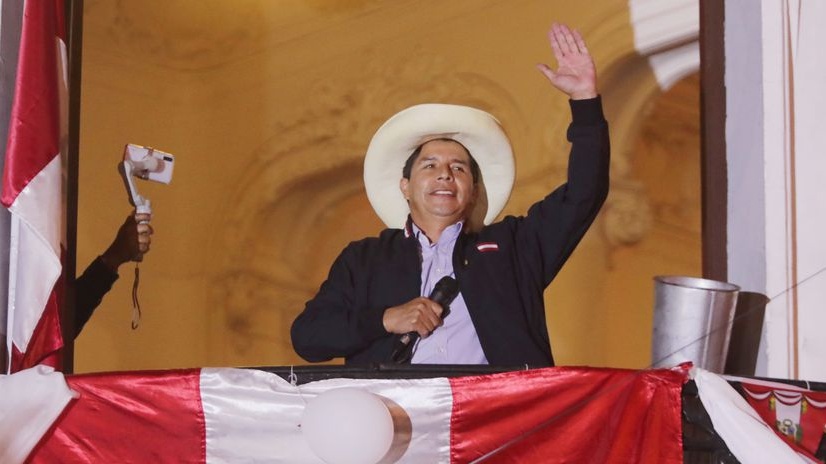 Peruvian socialist candidate Pedro Castillo held on to a narrow lead late on Tuesday in the country's runoff presidential election as tensions rose over contested ballots and accusations of fraud, which sparked protests outside the elections office.

Castillo, who has worried markets and mining firms with his plans to shake up the copper-rich country's politics, held a slim lead of some 50.3 percent, ahead of right-wing rival Keiko Fujimori on 49.7 percent, with almost 98 percent of the votes tallied.

A preliminary count is likely to end on Wednesday, although about 300,000 votes have been contested and will need to be reviewed by an electoral jury, which will take days to resolve.

It is unclear whether those contested votes will be enough to swing the election in favor of Fujimori, especially after Castillo modestly broadened his lead during the day from as low as 70,000 votes.

On Monday, Fujimori made unsubstantiated accusations of fraud, adding fuel to an already tense situation, and publicized a hashtag for Twitter users to submit instances of what she called "irregularities."

Electoral experts, including international observers, told Reuters that no fraud had been observed, but that did not stop people from staging protests.

"We are protesting because of the flagrant electoral steal. The (elections office) is playing in favor of Mr. Castillo, they are trying to commit fraud in his favor," said Fernando Tavera, a pro-Fujimori protester outside the elections office.

If Castillo wins, investors will be looking to see whether he reaches out to calm the country following the divisive election, and what his early messaging is on economic policy direction and the investment outlook, Goldman Sachs said.