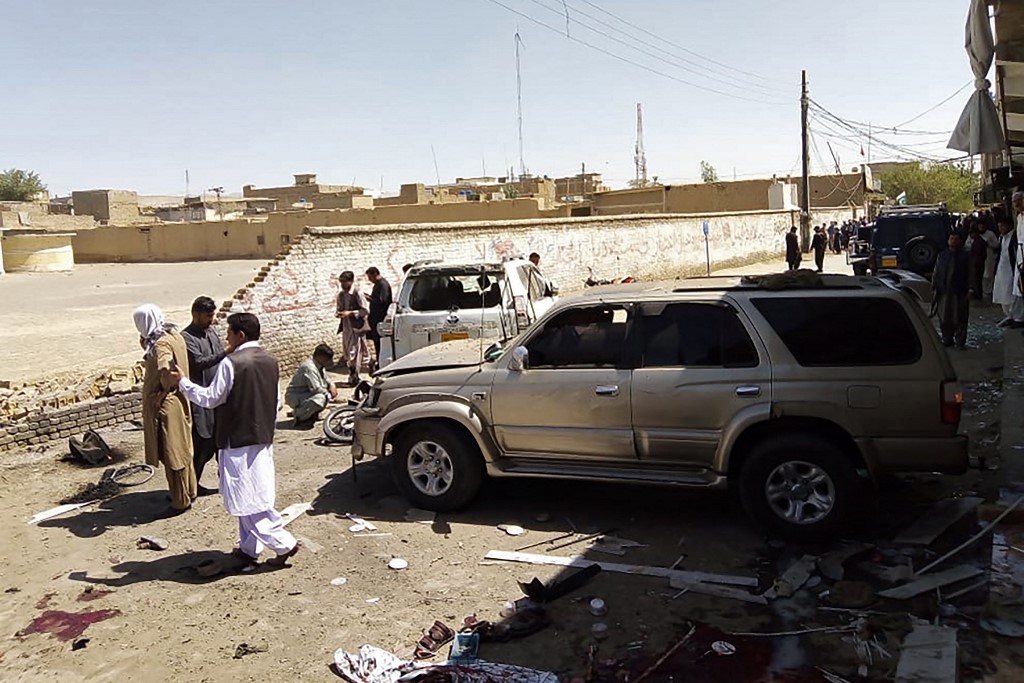 Security officials examine the site of a bomb blast during a pro-Palestinian rally in which six people were killed and another 14 wounded, in Chaman of Pakistan's Balochistan province near the Afghanistan border on May 21, 2021.(Photo: AFP)