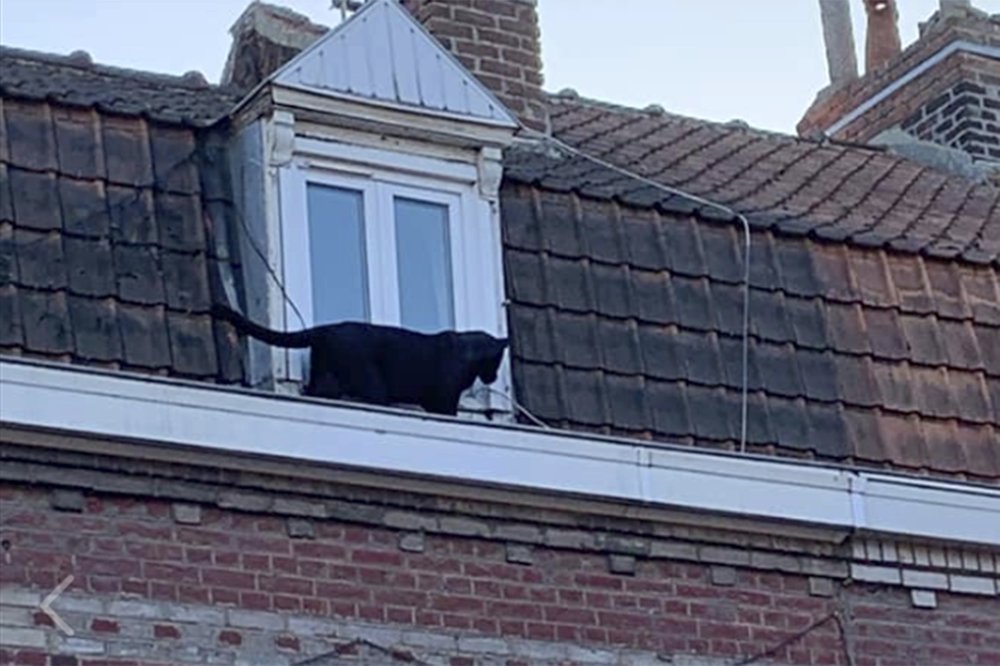 A panther walks on the gutter of a building in Armentieres, northern France, September 18, 2019. After securing a perimeter around the danger zones, the fire service said the black panther luckily went inside one of the houses that enabled workers to be able to trap it. The animal was put to sleep thanks to a harmless dart, and promptly put in a cage. (Photo: AP)

Firefighters and a veterinarian responded after residents of a neighborhood near Lille reported that a big cat had been spotted “strolling on residential gutters” on Wednesday night.

Photos taken after the fire brigade’s arrival captured the panther making itself at home above ground, perching on building ledges and pacing outside a closed window.

After firefighters secured a precautionary perimeter, the curious cat burglar slipped inside a house and workers trapped it.

The animal was put to sleep with a drug dart and put in a cage. It wasn’t clear where the panther came from or if it had escaped from a zoo.