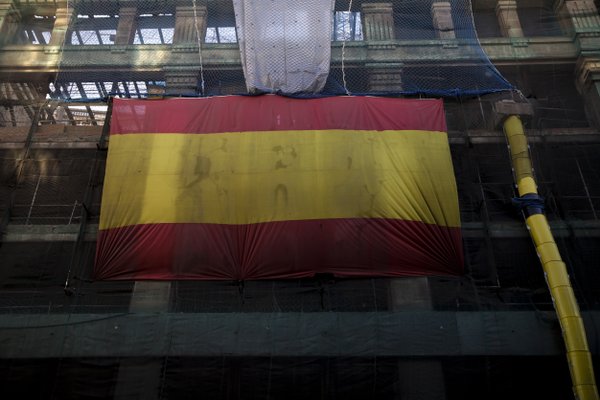 Thousands of Catalan separatists are marching in Barcelona to proclaim the innocence of 12 of their leaders who are on trial for their role in a failed 2017 secession bid.

The front line of marchers on Saturday held a long banner saying in Catalan “self-determination is not a crime.” It was followed by many people carrying pro-independence flags.

The trial of the 12 high-profile separatists started this week in Spain’s Supreme Court in Madrid. They are facing charges for having ignored a court ban on holding a secession referendum and for issuing a declaration of independence that received no international recognition in October 2017.

Separatists claim that Catalonia has a right to self-determination. Spain’s government says any vote on independence would require the national Parliament to amend the Constitution.