Catalonia's ousted leader Carles Puigdemont said on October 31 that he was not seeking asylum in Belgium, however, he would not return to Spain until he were "given guarantees" by the Spanish government.

Speaking at a news conference in Brussels, Puigdemont said he would accept the snap elections on December 21, which were called by Spain's central government . But he said he still stays firm in calling on the Catalan people to prepare "for a long road ahead". "We have never abandoned the government. More than that, we will continue working."

"I am not here to apply for political asylum, we are here to act with liberty and security," said Puigdemont, speaking of the "threat" of 30 years in prison after Spanish state prosecutors filed formal accusations of rebellion, sedition and misuse of funds against the former president, his ministers and members of the speakers committee of the Catalan parliament.

Puigdemont has hired a Belgian lawyer Paul Bekaert, 68, who has a long history of defending members of Basque terrorist organization ETA. 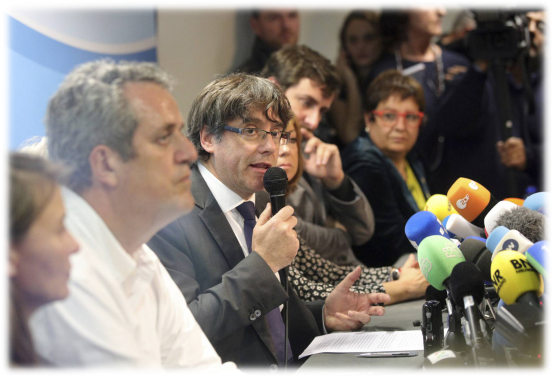