CANBERRA, Dec. 10 (Xinhua) -- South Australians have been warned to prepare for bushfires as temperatures soar. 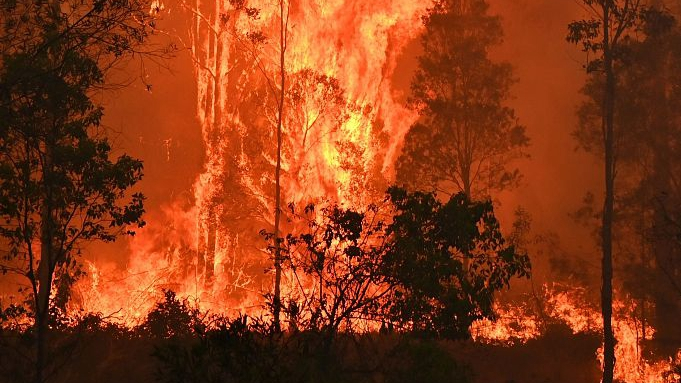 The Country Fire Service (CFS) declared Saturday a day of catastrophic fire danger for the Yorke Peninsula and Lower Eyre districts and extreme danger in the Mid North and Eastern Eyre Peninsula.

Temperatures were forecast to reach the mid-30s Celsius across the state with strong winds exacerbating conditions.

Four water bombers have been deployed in preparation for potential fires and a giant aerial tanker has been flown in from neighboring Victoria and stationed at a Royal Australian Air Force base.

Brett Loughlin, the CFS chief officer, said despite a wetter than average winter and spring days of catastrophic conditions were inevitable.

"Though we've had a slow start to the season there is not a single summer in South Australia where there's not a threat to lives and property from fire," he told the Australian Associated Press.

"If a fire takes hold under the forecast conditions tomorrow, it will be fast-moving, it will be dynamic, it will be very difficult for ground and aerial resources to control, and it will present a clear risk to lives, property and livelihoods in those communities."

It comes as South Australia's river communities continue to face inundation from flooding.

State Emergency Services Minister Joe Szakacs said he was confident emergency services would be able to respond to both threats.

South Australians have been warned against activities that could spark fires including welding, harvesting and moving machinery through long grass.

Conditions are expected to ease on Sunday with a cool change in the weather.