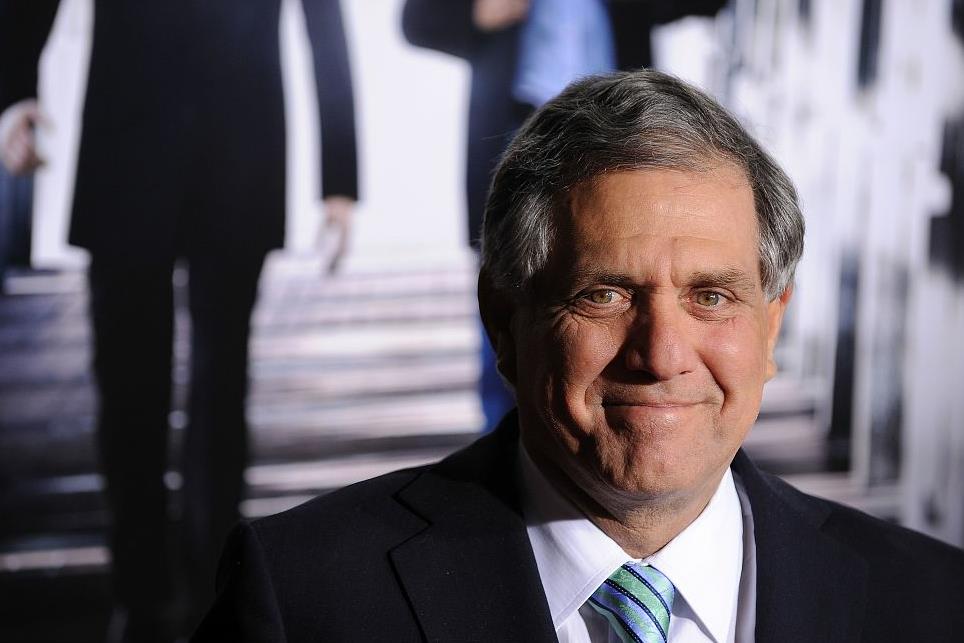 The resignation is effective immediately, CBS said in a statement posted on its website Sunday night.

The New Yorker magazine reported the latest allegations included Moonves forcing women to perform oral sex and retaliating when advances were turned away. Moonves acknowledged relations with three of the women but said they were consensual, adding he had never used his position to hurt the careers of women.

The network didn't address the allegations directly, but said Moonves will donate $20 million to one or more organizations that support the #MeToo movement and equality for women in the workplace.

"The donation, which will be made immediately, has been deducted from any severance benefits that may be due Moonves," the statement said.

CBS said the network's chief operating officer, Joseph Ianniello, will take over Moonves' duties as president and CEO until its board of directors can find a permanent replacement. For the time being Moonves' role as chairman will remain vacant.

Hours before Moonves' resignation the New Yorker magazine reported sexual misconduct allegations from six additional women against Moonves, who was already under investigation for similar allegations made by six others.

As that investigation progressed it was widely reported that Moonves would leave the network shortly and was negotiating a severance package. CBS indicated Sunday, however, that no severance agreement has been reached.

"Moonves will not receive any severance benefits at this time (other than certain fully accrued and vested compensation and benefits); any payments to be made in the future will depend upon the results of the independent investigation and subsequent board evaluation," the network's statement said.

Moonves joined CBS as head of entertainment in 1995, and has been CEO of CBS Corp. since 2006, leading the CBS network, Showtime and other entities. CBS has spent much of his tenure as the nation's most popular broadcast network, with hits such as "The Big Bang Theory" and "NCIS," and its success has made Moonves one of the highest-paid and most powerful executives in the business.

One of Moonves' accusers, Phyllis Golden-Gottlieb, also reported her accusations to Los Angeles police last year, but they weren't pursued because the statute of limitations had expired. She said Moonves, while an executive at the Lorimar production studio in the late 1980s, pushed her head into his lap and forced her to perform oral sex.

At another time, she said an angry Moonves pushed her hard against a wall. When she resisted later advances, she began to be frozen out at the company, she said.

"He absolutely ruined my career," she told the New Yorker.

Another woman, Jessica Pallingston, said Moonves forced her to perform oral sex on her first day working as his assistant at Warner Bros. productions. Other women told the magazine of unwanted touching or advances.

In a statement to the magazine, Moonves said the "appalling accusations" are untrue, but he acknowledged consensual relations with three of the women before he started working at CBS.

"I have never used my position to hinder the advancement or careers of women," he said. "In my 40 years of work, I have never before heard of such disturbing accusations. I can only surmise they are surfacing now for the first time, decades later, as part of a concerted effort by others to destroy my name, my reputation and my career. Anyone who knows me knows that the person described in this article is not me."

The organization Time's Up, which fights accusations of sexual misconduct, said the women had made "bone-chilling" accusations against Moonves. "We believe them," Times' Up said in a statement on Sunday.

Time's Up said the CBS board has a responsibility to rid the company of a toxic culture toward women.

"Remember that the world is watching," the statement said. "We will accept nothing less than full transparency of the investigation's findings, a commitment to real change across all levels of CBS management and no reward for Les Moonves."

Ianniello, who will be replacing Moonves on at least an interim basis, joined CBS ins 2005 and has been COO since 2013. He has steered top projects such as the CBS All Access and Showtime streaming services.