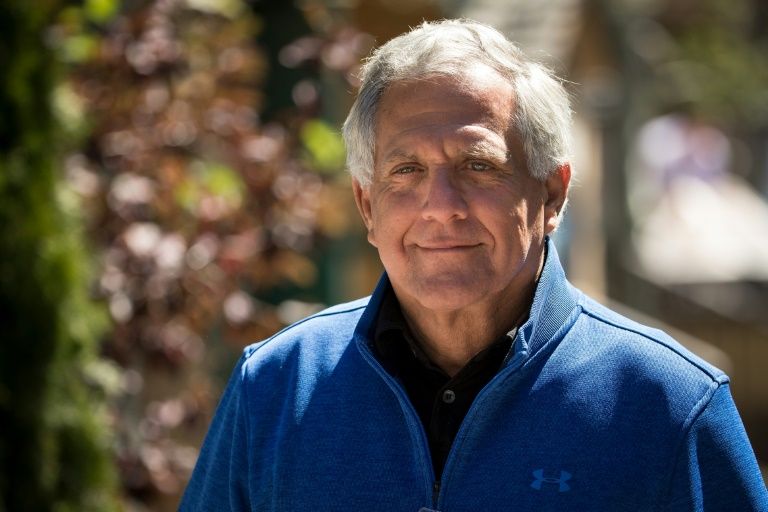 A bombshell article published in The New Yorker on Friday accused CBS chairman and chief executive, Leslie Moonves, of sexual misconduct stretching back decades and painted a broader picture of similar behavior within America's most watched television network.

The article makes Moonves, a distinguished executive who transformed CBS into a ratings winner, one of the most powerful American men implicated in the #MeToo era that ignited last year after the career implosion of Harvey Weinstein.

CBS announced that it had launched an investigation into the "recently reported" alleged misconduct. Reports about the story sent CBS shares tumbling more than six percent, hours before it was even published.

Six women who had professional dealings with Moonves told the magazine that he sexually harassed them between the 1980s and late 2000s.

"I recognize that there were times decades ago when I may have made some women uncomfortable by making advances. Those were mistakes, and I regret them immensely," Moonves said in a statement.

The New Yorker said 30 current or former employees complained that such behavior extended from Moonves to important parts of the corporation, including CBS News and its flagship investigative program "60 Minutes."

But his wife, Julie Chen, whom he married in 2004 and who is the host of "Big Brother" on CBS, said she fully supported her husband.

"Leslie is a good man and a loving father, deovted husband and inspirign corporate leader. He has always been a kind, decent and moral human being," she said on Twitter.

The New Yorker reported that during Moonves's tenure, men at CBS News who were accused of sexual misconduct were promoted, even as the company paid settlements to women with complaints.

The magazine said 19 current and former employees accused Jeff Fager, the former chairman of CBS News and the current executive producer of "60 Minutes," of allowing harassment in the division.

CBS suggested the article did not accurately reflect a company that "does its best to treat its tens of thousands of employees with dignity and respect."

"We are seeing vigorous discourse in our country about equality, inclusion, and safety in the workplace, and CBS is committed to being part of the solution," it said in a statement.

The corporation's board of directors had earlier issued a pre-emptive statement, saying that upon conclusion of its investigation, it would "promptly review the findings and take appropriate action."

In November, CBS News sacked Charlie Rose, at the time one of America's most respected TV journalists, after eight women told The Washington Post he had made unwanted sexual advances.

Farrow shared a Pulitzer Prize with The New York Times for his reporting on fallen Hollywood mogul Harvey Weinstein, which galvanized the #MeToo movement to quash pervasive sexual harassment in showbiz and other industries.

In May, another article he wrote forced the swift resignation of New York state attorney general Eric Schneiderman, who was accused of physically assaulting four women.

It was not immediately clear what impact his latest expose would have on a legal battle for control of the US television giant -- between the Redstone family, which controls CBS, and the board, chaired by Moonves.

Shari Redstone is a major shareholder of both CBS and Viacom, and is seeking to merge the two companies. Moonves opposes the deal.

As chairman, Moonves oversees all operations of the company, which include the CBS Television Network, premium cable service Showtime and the Simon & Schuster publishing company.

He joined CBS in 1995 from Warner Bros. Television, where his team developed hit shows such as "Friends" and "ER."

At CBS, he launched primetime hits, such as "Everybody Loves Raymond," "Survivor" and "CSI: Crime Scene Investigation."

He was promoted to president and CEO of CBS Television in 1998, and became chairman in 2003. A one-time actor, he is father to four children. Chen is his second wife.

Last year, CBS was the most watched network in the United States, although it dropped into third place, behind NBC and Fox for adults aged 18-49.