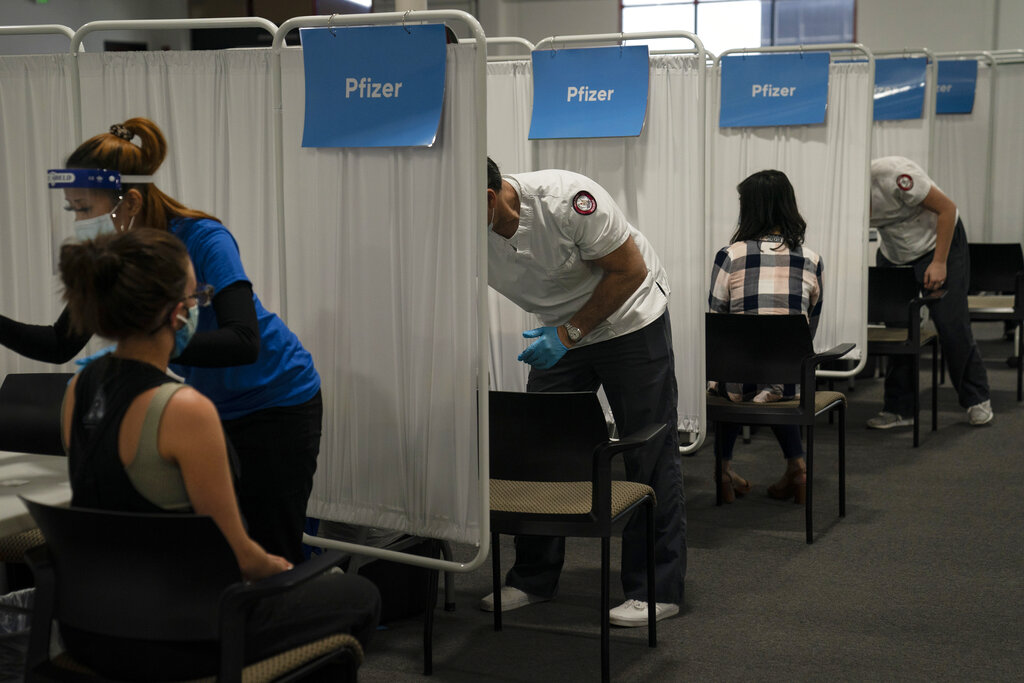 CHICAGO, May 25 (Xinhua) -- The U.S. Centers for Disease Control and Prevention (CDC) on Tuesday published data on COVID-19 vaccine breakthrough infections reported from Jan. 1 to April 30.

A total of 10,262 SARS-CoV-2 vaccine breakthrough infections had been reported from 46 U.S. states and territories as of April 30. Among these cases, 6,446 or 63 percent occurred in females, and the median patient age was 58 years. Based on preliminary data, 2,725 or 27 percent vaccine breakthrough infections were asymptomatic, 995 or 10 percent of patients were known to be hospitalized, and 160 or 2 percent of patients died.

As of April 30, approximately 101 million people in the United States had been fully vaccinated against COVID-19. However, during the surveillance period, SARS-CoV-2 transmission continued at high levels in many parts of the country, with approximately 355,000 COVID-19 cases reported nationally in the week of April 24-30, the CDC said in a news release.

To date, the age and sex distribution of reported vaccine breakthrough infections reflects the fully vaccinated U.S. population. The proportion of reported vaccine breakthrough infections attributed to variants of concern has also been similar to the proportion of these variants circulating throughout the United States. During March 28 to April 10, 2021, the aforementioned variants of concern accounted for 70 percent of the weighted estimates of SARS-CoV-2 lineages submitted to the CDC's national genomic surveillance.

But there are two limitations to the findings: the number of reported COVID-19 vaccine breakthrough cases is likely a substantial undercount of all SARS-CoV-2 infections among fully vaccinated persons, as the national surveillance system relies on passive and voluntary reporting, and data might not be complete or representative; and SARS-CoV-2 sequence data are available for only a small proportion of the reported cases.

Beginning May 1, 2021, the CDC has transitioned from monitoring all reported COVID-19 vaccine breakthrough infections to investigating only those among patients who are hospitalized or die, thereby focusing on the cases of highest clinical and public health significance.