GAZA, May 6 (Xinhua) -- A ceasefire agreement was clinched between Palestine and Israel early Monday after a weekend of deadly surge in violence in the Gaza Strip and southern Israel, reports said. 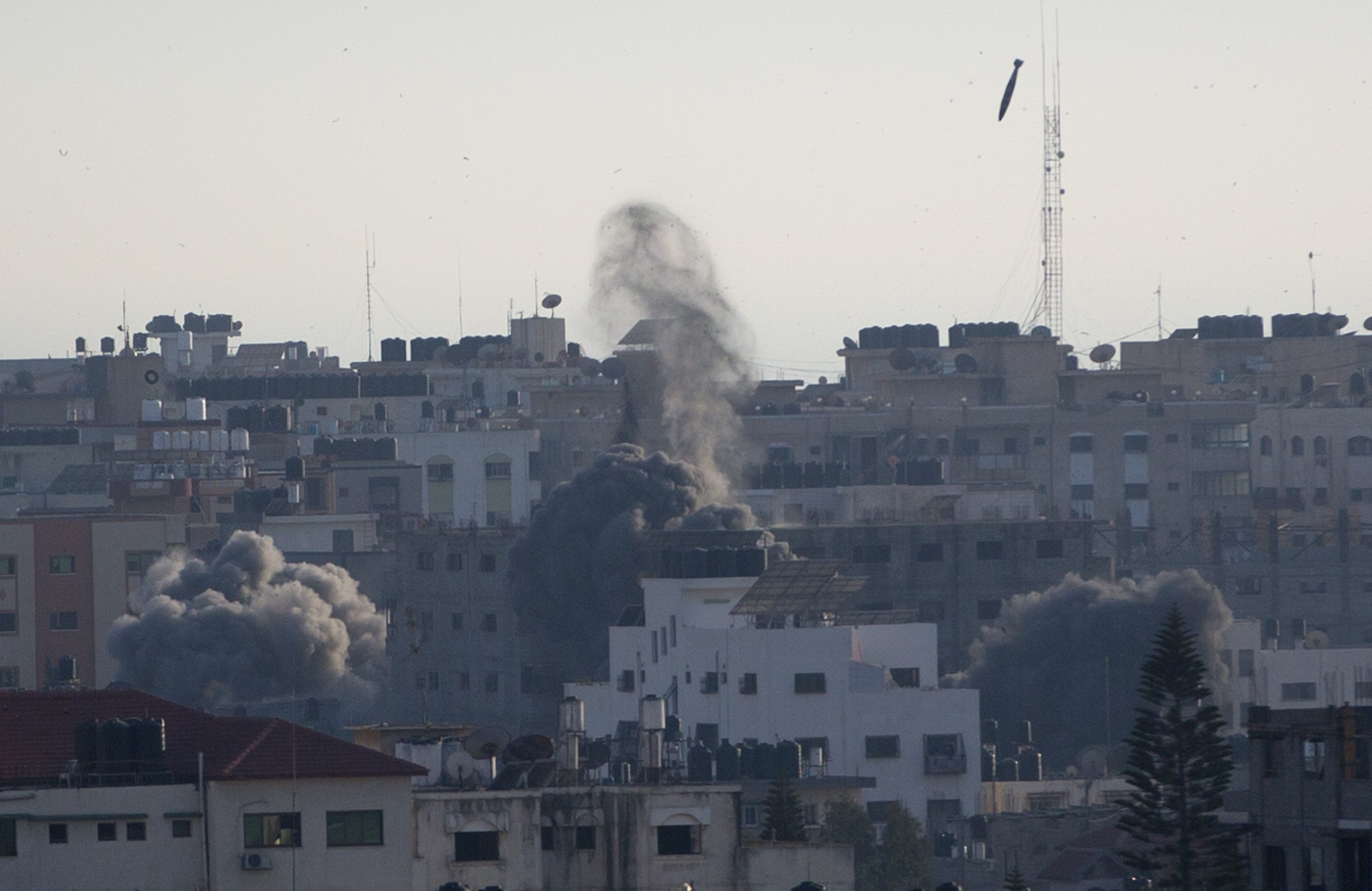 An Israeli rocket falls over a residential building in Gaza City, Sunday, May. 5, 2019. Palestinian militants in the Gaza Strip on Sunday intensified a wave of rocket fire into southern Israel, striking towns and cities across the region while Israeli forces struck dozens of targets throughout Gaza, including militant sites that it said were concealed in homes or residential areas.(Photo: AP)