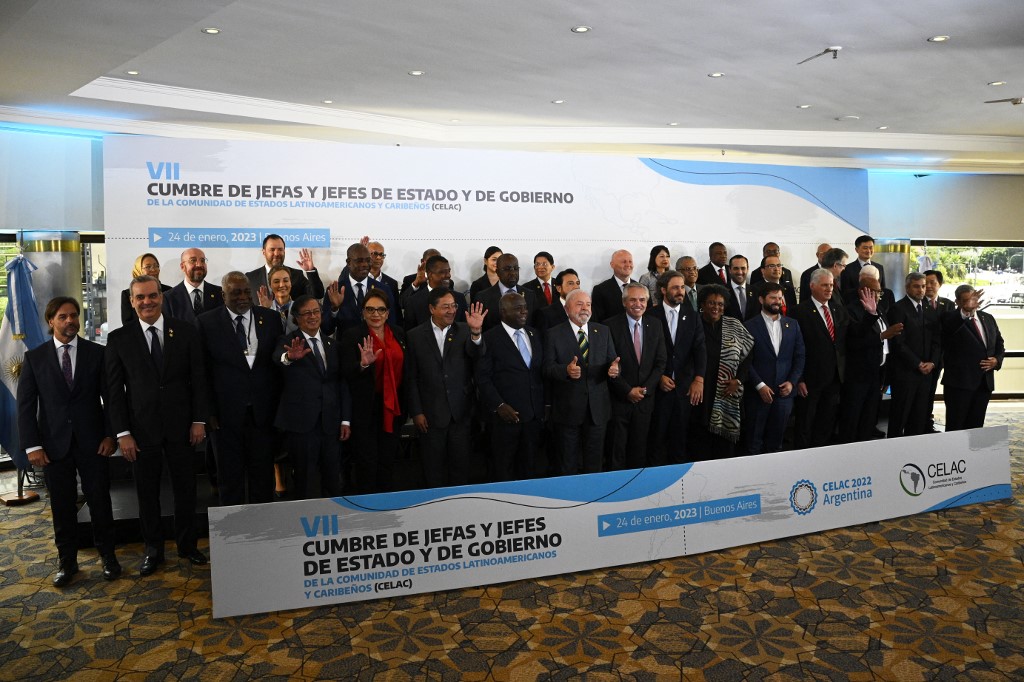 Heads of State of the countries participating in the Community of Latin American and Caribbean States (CELAC) summit pose for a picture after the meeting in Buenos Aires, on January 24, 2023. (Photo: AFP)

The 7th Summit of the Heads of State and Government of the Community of Latin American and Caribbean States (CELAC) concluded on Tuesday in Buenos Aires, Argentina, where representatives from 33 member states signed and issued the "Buenos Aires Declaration".

The Declaration stresses the commitment of CELAC member states to jointly safeguard the rights and interests of the people in the region and to accelerate the realization of regional integration.