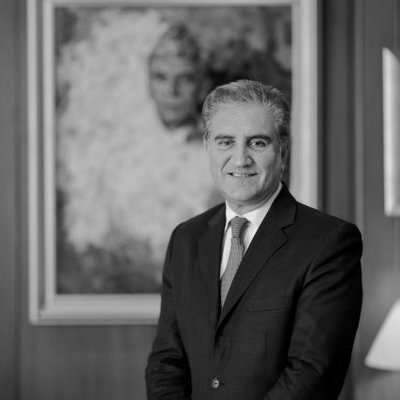 May 21, 1951, was a defining moment in the history of Pakistan. It is the day when Pakistan established formal diplomatic ties with the People’s Republic of China. Over the past seven decades, our bilateral ties have grown from strength to strength and reached a pinnacle that finds few parallels in the modern history of inter-state relations. As iron brothers, we have always stood by each other in the most trying times. Our relationship has become an “all-weather strategic cooperative partnership.” 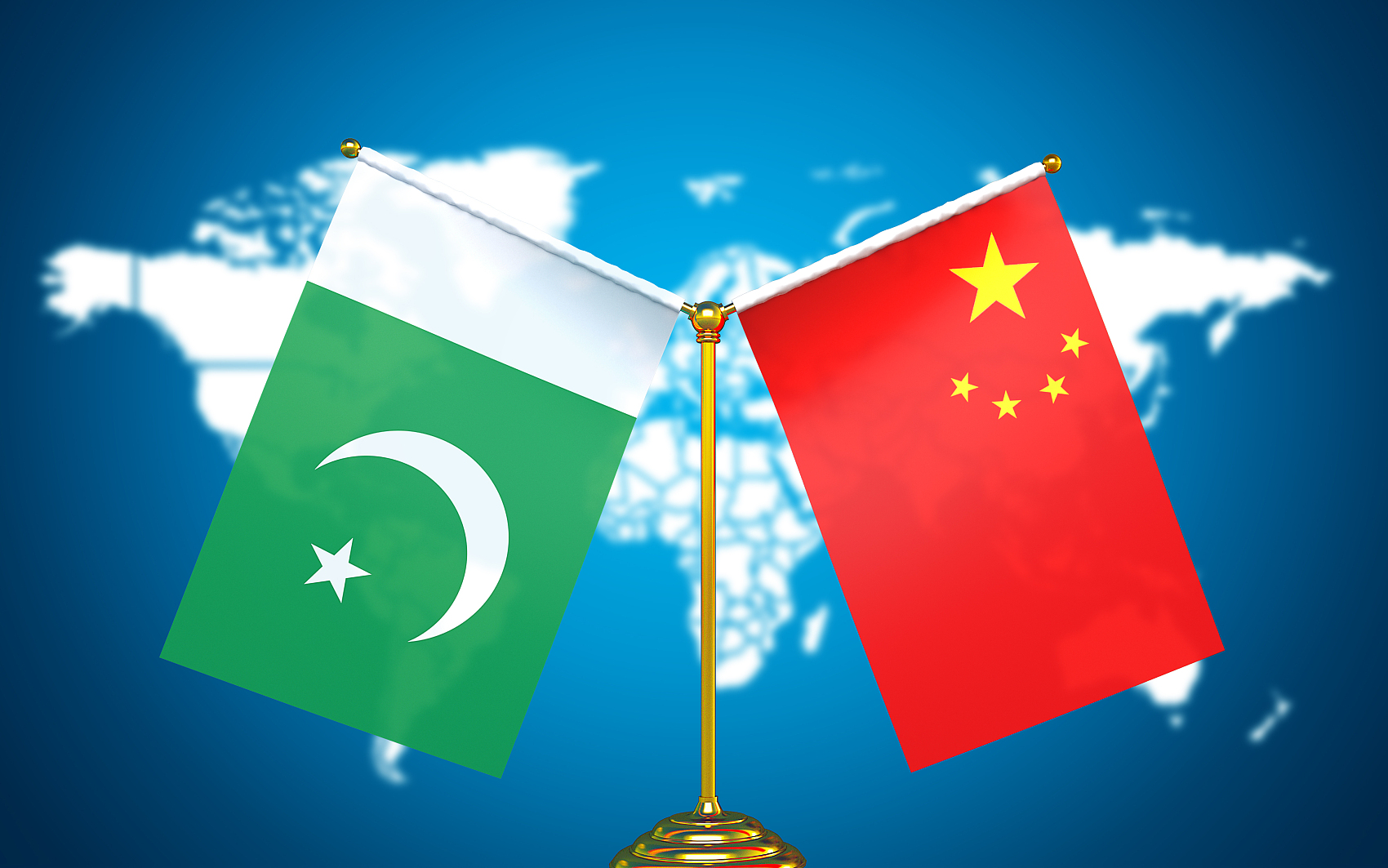 Connected by geography, history, and Asian identity, the ancient linkages between Pakistan and China predate the establishment of formal ties. Since times immemorial, many Chinese monks and ascetics like Faxian and Xuanzang braved the treacherous mountains of the Great Himalayas and arrived at the famous Buddhist seminaries of Pakistan and learned the traditions and teachings of Buddhism.

However, the signing of the boundary agreement between the two countries in 1963 became a significant landmark that built greater trust and provided a solid foundation for forging a closer partnership. Soon after, our national flag-carrier, Pakistan International Airlines (PIA), became the first airline of a non-Communist country to begin flights to China.

Towering Chinese leaders such as Chairman Mao Zedong and Premier Zhou played a crucial role in strengthening our ties. Similarly, successive generations of leaders and people of both Pakistan and China made invaluable contributions to strengthen our ironclad relations. Over seven decades we have proudly built our unshakeable relationship around the principles of mutual trust, mutual support, and mutual understanding.

Pakistan facilitated the now-famous secret visit of the then US national security advisor Henry Kissinger to Beijing in 1971 which became a harbinger of rapprochement between the US and China and later changed the course of history.

Collectively braving the rigours of the Cold War and complex geopolitical environment, our cooperation expanded with multilateral institutions and Pakistan became a supporter for the restoration of the seat of the People’s Republic of China at the UN in 1971.

The two countries support each other on issues of their core interests. Pakistan adheres to the one-China principle and supports China on issues such as Xinjiang, Hong Kong, South China Sea, Taiwan and Tibet. China has stood by Pakistan in supporting our key strategic, economic, and developmental priorities.

China has played an important role in supporting Pakistan’s just and principled position on the Jammu and Kashmir situation, underscoring that the dispute is an “objective fact established by the UN charter, relevant Security Council resolutions and bilateral agreements between Pakistan and India.”

Beijing has also underlined that “any unilateral change to the status quo in the Kashmir region is illegal and invalid.” Pakistan has also firmly backed China’s position on the Boundary Question between China and India, thereby becoming a supporter of legitimate causes fostering regional peace and stability.

High-level exchanges are a hallmark of our relationship through which we take each other into confidence over issues of common interest. Prime Minister Imran Khan visited China in 2018 and 2019 to further solidify and deepen our bilateral ties. I have visited China numerous times to further strengthen our relations. We look forward to receiving President Xi Jinping in Pakistan this year and hope President Xi’s visit will make a seminal contribution to further reinforcing our time-tested partnership.

Pakistan supports the China-proposed Belt and Road Initiative (BRI), which has become a pivot for connectivity and global growth. As the flagship project of BRI, China-Pakistan Economic Corridor (CPEC) is set to become a high-quality demonstration project of the BRI and accelerate economic integration and regional connectivity. There is a complete consensus across the political spectrum in Pakistan on CPEC’s indispensability for our national development.

After the successful conclusion of its first phase, the transformational CPEC initiative has entered its second phase with a vigorous focus on industrialization, agriculture and socio-economic development. We hope that the Special Economic Zones (SEZs), being developed under CPEC, will rejuvenate Pakistan’s process of industrialization and further spur economic development. We encourage Chinese businessmen to invest in SEZs.

At the outbreak of COVID-19 in China, Pakistan immediately dispatched essential medical supplies to China to support its fight against COVID-19. The President of Pakistan, Dr Arif Alvi, travelled to Beijing in March 2020 to express solidarity with the people and the government of China.

When the pandemic was spreading in Pakistan, China assisted us generously. A team of Chinese medical experts visited Pakistan on special instructions of President Xi. Over 60 planeloads of relief goods were dispatched to Pakistan and a medical team was sent by the PLA to assist us in containing the COVID-19.

Pakistan backed President Xi’s declaration that the COVID-19 vaccine, when developed, should be a “global public good.” Cooperation between Pakistan and China on vaccines is progressing very well. Phase-III clinical trials of China’s CanSino vaccine have been concluded in Pakistan. We are thankful to Beijing for providing us with five hundred thousand doses of the Sinopharm vaccine to protect the lives of our frontline health workers. The people of Pakistan will always remember this fraternal gesture.

China is our largest trade and investment, partner. Bilateral trade has grown manifolds over the years and we need to tap the trade potential to its optimal level. China has a huge market for agricultural, dairy, poultry, fishery and meat products. Pakistan and China are working on a comprehensive Action Plan on Agriculture.

China is one of the leaders in the field of science and technology in the world. We want to deepen our cooperation in artificial intelligence, cloud computing and other cutting-edge realms.

Another significant and promising aspect of our multi-faceted bilateral relationship is the growth of people-to-people and cultural relations. Currently, over 28,000 Pakistani students are studying in China, benefiting from China’s advanced educational system. We have established seven sister-province and thirteen sister-city relationships with China.

On the special occasion of the 70th anniversary of the establishment of Pakistan-China diplomatic relations, we celebrate our ancient linkages, pay tribute to veteran leaders for their contributions to solidify this unique relationship and pledge to renew our resolve to build upon the achievements of the last 70 years. Pakistan has planned a series of events spread over the year to commemorate the historic occasion in a befitting manner to inspire our younger generations to understand the vitality and depth of our ties and their historic significance.

The imperatives of the 21st century demand a new paradigm to deal with emerging challenges as well as opportunities. Both Pakistan and China are tied together by a common vision to change the destiny of our region and wean it away from conflict and ideological dogmatism to one that promotes peace, development and prosperity.

No wonder that President Xi in his address to Pakistan’s Parliament during his visit in April 2015 hailed our relationship as, “taller than mountains, deeper than oceans, and sweeter than honey.”

I conclude by reaffirming that Pakistan remains committed to building a closer China-Pakistan community of shared future in the new era aimed at further reinforcing our deep-rooted ties.

The author is the Foreign Minister of Pakistan.