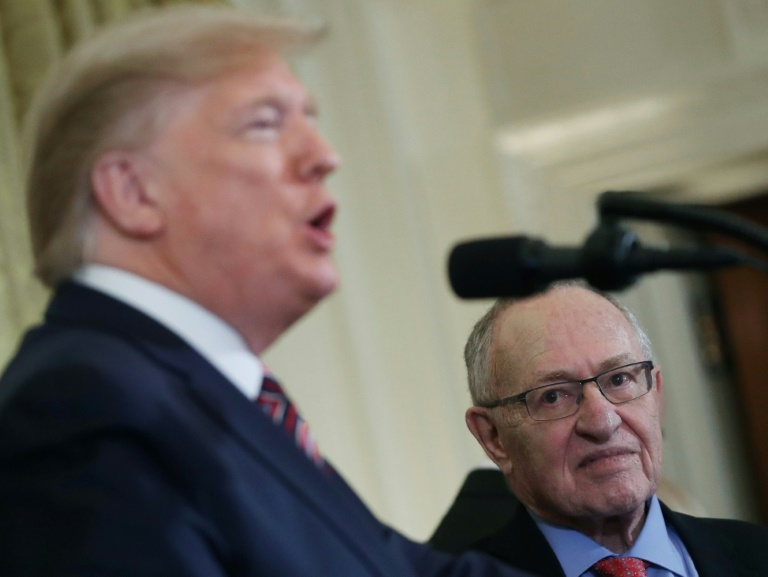 America's most famous celebrity attorney, Alan Dershowitz, said Friday he would be part of the legal team defending President Donald Trump in his Senate impeachment trial.

According to US media reports, another high-profile member of the team will be Ken Starr, the special prosecutor in the 1988 Bill Clinton impeachment.

Starr is a hero to many on the right, even if Clinton ultimately was acquitted in the Senate.

"Professor Dershowitz will present oral arguments at the Senate trial to address the constitutional arguments against impeachment and removal," said a statement on his personal Twitter account.

"He believes the issues at stake go to the heart of our enduring Constitution."

With past clients including convicted sex offender Jeffrey Epstein, O.J. Simpson, film director Roman Polanski and Mike Tyson, Dershowitz is probably the best known lawyer to the stars in the United States.

He will be part of a team with serious firepower headed by the White House's discreet but uncompromising counsel Pat Cipollone.

Trump, a Republican, is accused of abusing his office by pressuring Ukraine to dig up dirt on a Democratic election rival Joe Biden.

Cipollone is behind the White House's strategy of refusing to cooperate with Democratic investigators throughout the impeachment probe.

The White House has yet to announce the full team but confirms that Cipollone will be the lead lawyer, backed by Trump attorney Jay Sekulow.