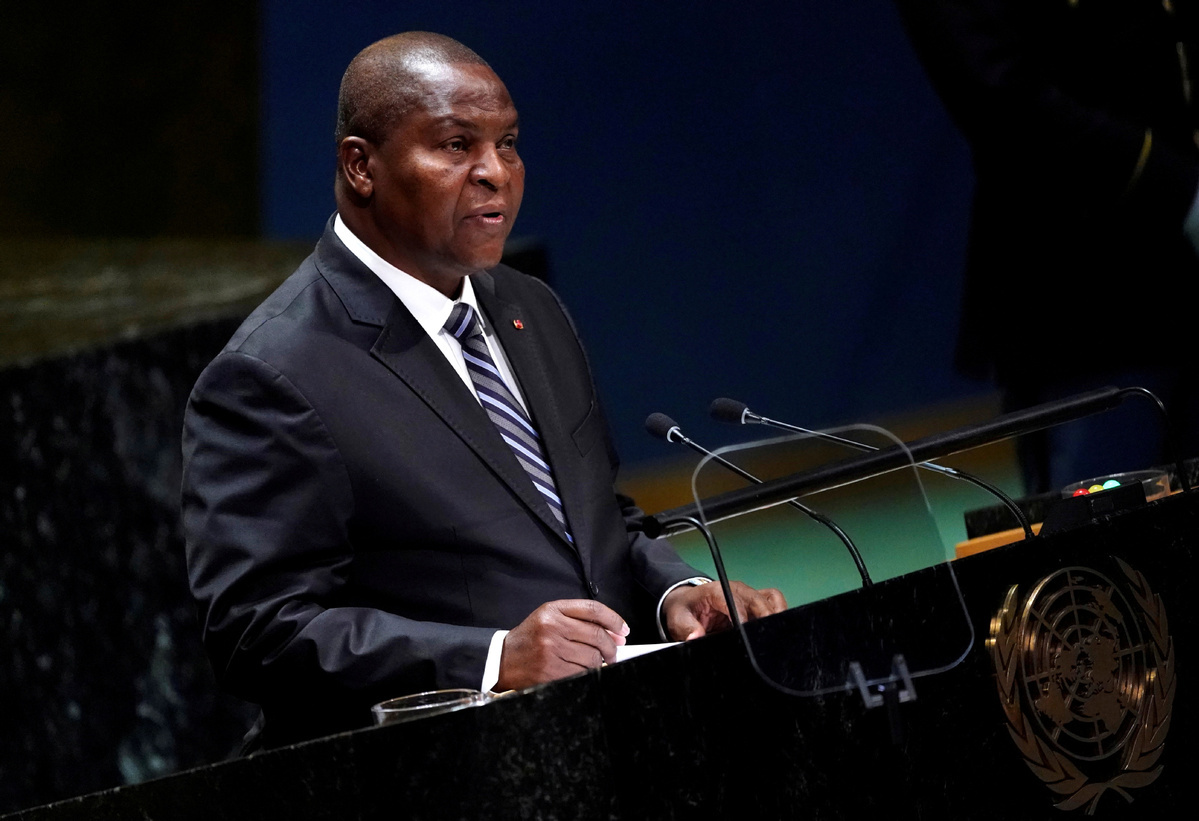 Mathias Morouba, the chief of the National Elections Authority, announced that Touadera won an absolute majority and is declared elected. The runner-up was former prime minister Anicet Georges Dologuele, who received 21 percent of the votes. Dologuele immediately cried foul, calling the results a farce and claiming there were many irregularities and instances of fraud.

On Tuesday, senior officials from the United Nations and regional organizations called on all political actors in the Central African Republic to respect the final results and to settle any disputes peacefully and in accordance with the country's laws.

Led by Jean-Pierre Lacroix, the UN under secretary-general for peace operations, and Smail Chergui, the African Union commissioner for peace and security, the delegation said it will be up to the Constitutional Court of the Central African Republic to proclaim the final results, and called on all political actors to respect the court's decisions.

The constitutional court is expected to validate the result after any disputes are resolved. The presidential election, which coincided with legislative polls, took place against the backdrop of a new offensive by a coalition of armed rebel groups, with thousands of voters unable to cast their ballots. However, the electoral commission announced that turnout had reached 76 percent.