A US-bound caravan of Central American migrants pressed on through southern Mexico on Saturday, in spite of government offers of jobs, as authorities stepped up efforts to disperse the convoy that has angered US President Donald Trump.

Mexican police in riot gear briefly blocked the march of men, women and children as they neared Oaxaca state before dawn, to relay the offer of temporary identification papers, jobs or education for those seeking asylum in Mexico. 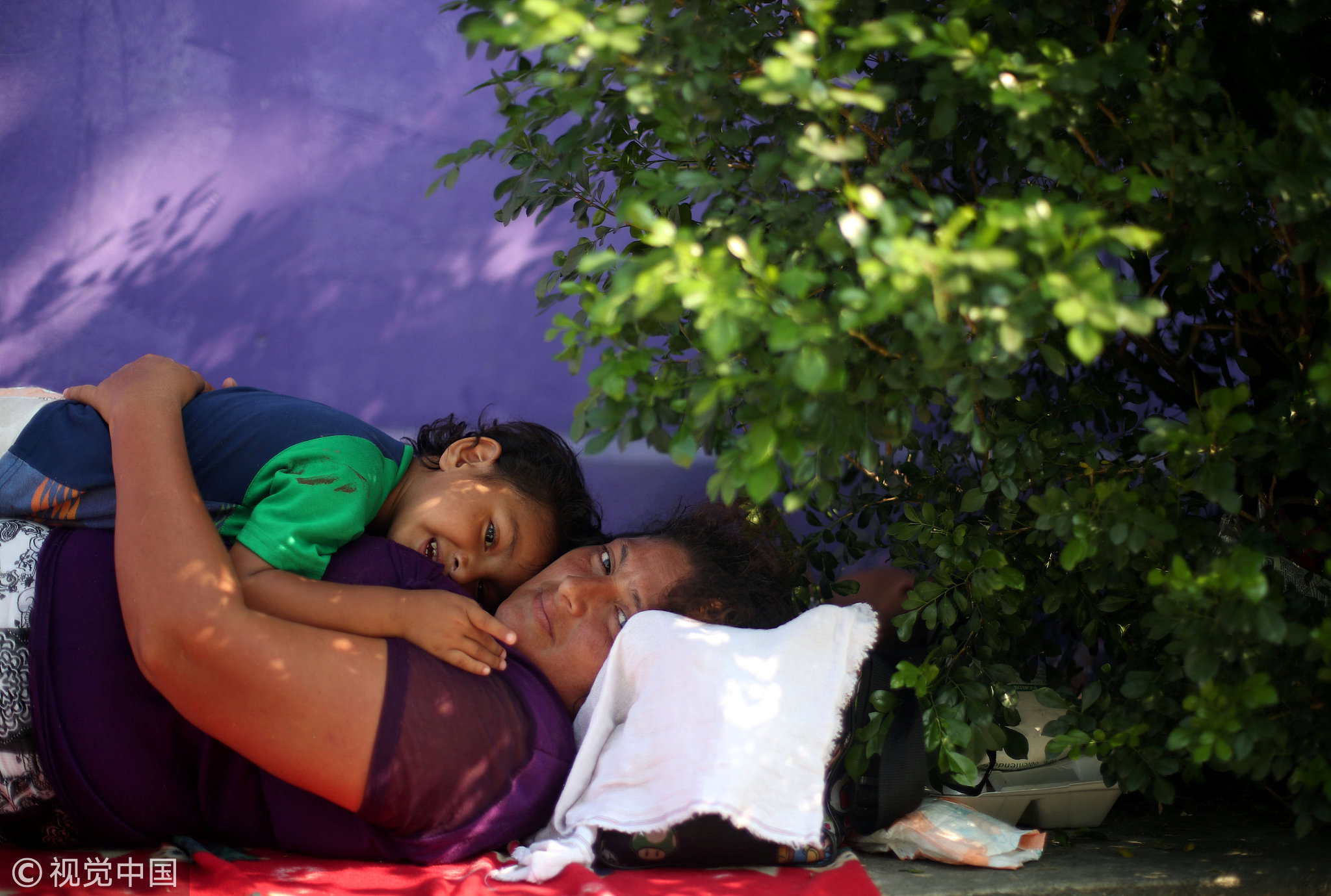 Migrants rest on the roadside as they travel as part of a caravan of thousands from Central America en route to the United States, in Tapanatepec, Mexico, October 27, 2018. (Photo: VCG)

Trump has threatened to send troops to the US border and cut aid to Central America to try to stop the group of several thousand people that left Honduras two weeks ago.

Estimates vary significantly on the group's size, which has morphed as some migrants return home and newcomers join. At least 150 migrants traveling separately were detained by Friday near Guatemala's border, a Mexican official said.

More than 1,700 people in the convoy have applied for asylum, while others have returned home, according to Mexico's government. The Honduran ambassador said on Friday the group officially had 3,500 members. Other estimates go much higher. 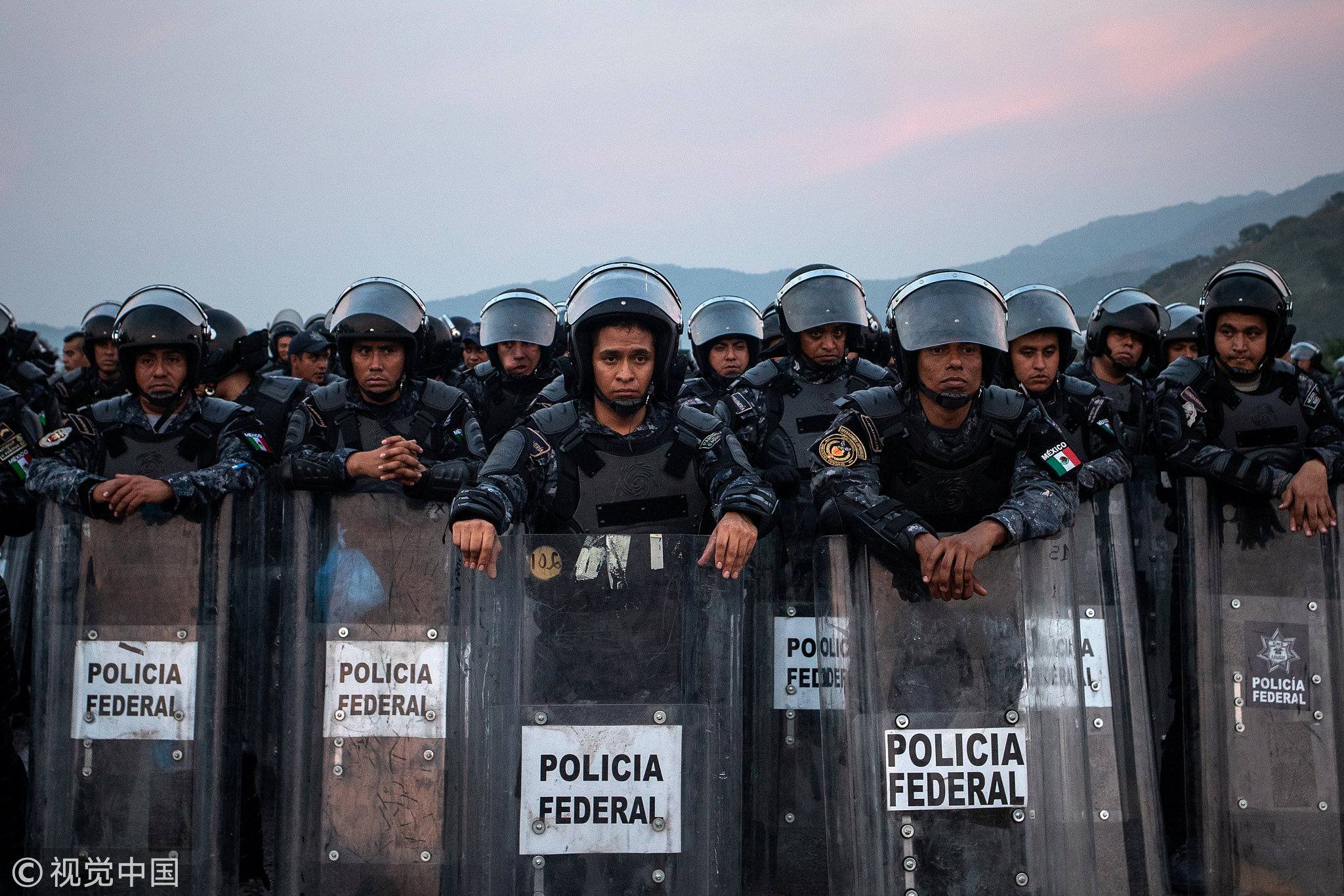 Police line up for a temporary blockade of a caravan of thousands of migrants from Central America en route to the United States, Mexico, October 27, 2018. (Photo‍: VCG)

"We're going to the United States. Because that's our dream," said 28-year-old Honduran Daniel Leonel Esteves at the head of a 50-person wide column of migrants snaking down a highway into the hills.

Others echoed his goal to cross the border, declining Mexico's offer.

"Our destination is the United States," said migrant Francisco Ramirez.

A police official on a road just south of Oaxaca, where migrants were proceeding north from the town of Arriaga in Chiapas state, said authorities intended to keep presenting the asylum offer.

"We think it's very important that every person in the caravan knows these benefits, so that they stop putting their safety at risk crossing these roads," said federal police commissioner Benjamin Grajeda.

Trump and his fellow Republicans have sought to make the migrant caravan and immigration major issues before the November 6 elections, in which Republicans are battling to keep control of Congress.

Honduras said 4,500 of its citizens attempting to emigrate have returned to the country in recent days.