Most parts of central and north India are going through extreme heat wave these days and the maximum temperature is likely to touch 47 degree Celsius in the next 24 hours, said sources in the India Meteorological Department (IMD) on Saturday. 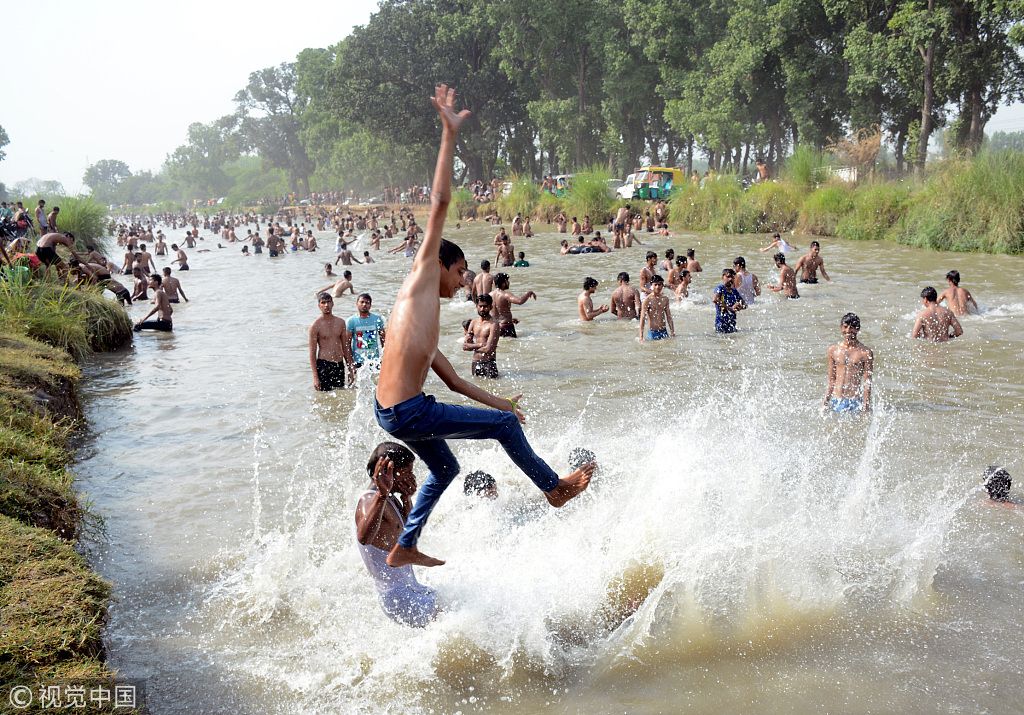 The heat wave conditions are likely to continue for the next few days.
On Friday the maximum temperature hovered between 43 degrees Celsius and 45 degrees Celsius in different parts of Delhi.
The IMD sources warned of the worst conditions on Sunday when they feared the maximum temperature could touch 47 degrees Celsius.
According to them, Saturday is expected to witness the maximum temperature of over 45 degrees Celsius in most parts of Delhi, while some areas might see above 46 degrees Celsius.
Mercury rose across northwest and central India on Wednesday and the IMD issued extreme heat wave alerts for western state of Rajasthan, and northern parts of the country.
Heat wave conditions were experienced in central state of Madhya Pradesh, Vidarbha region of south-western state of Maharashtra, and western state of Gujarat.
Meanwhile, the annual southwest monsoon arrived in the south Andaman Sea on Friday and is likely to enter India's southern state of Kerala in the next four days.
According to the IMD sources, the monsoon this year is expected to hit three days in advance than normal.
The IMD has forecasted that the monsoons would progress rapidly into central, east and northeastern parts of the country by June 14.