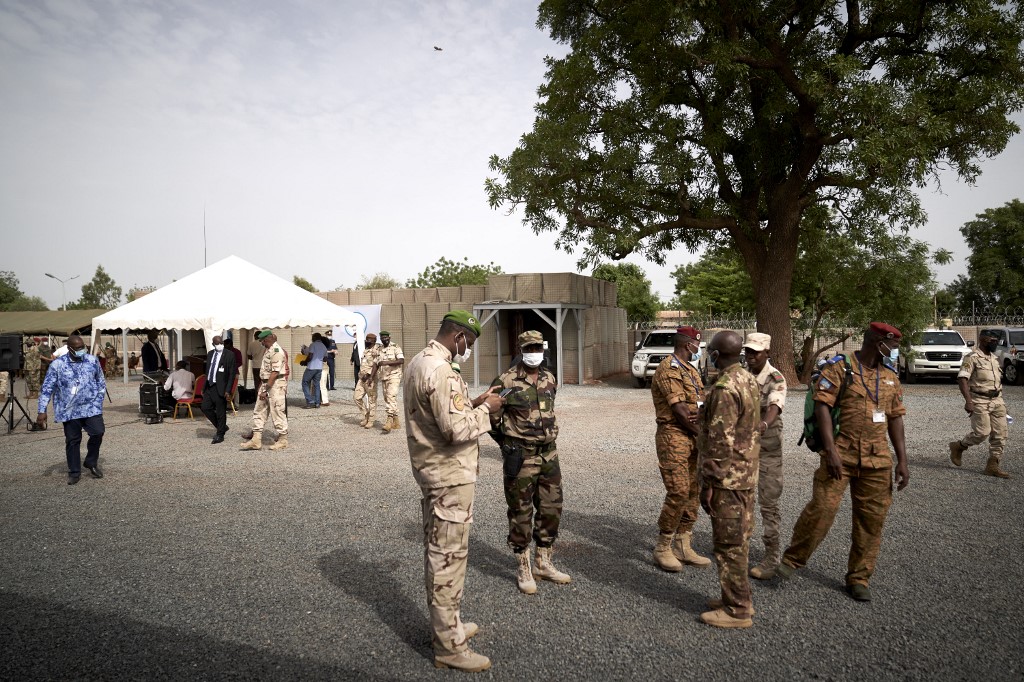 Soldiers of the G5 Sahel joint force attend the inauguration of the new headquarters in Bamako on June 3, 2020. (Photo: AFP)

Chad is to half its contingent in the multinational G5 Sahel force in the troubled three-borders region of Mali, Niger and Burkina Faso, recalling 600 soldiers, the government announced Saturday.

"This is a strategic redeployment to better adapt to the organisation of the terrorists," spokesman Abderaman Koulamallah told AFP, referring to the jihadist groups active in the region.

Chad's 1,200-strong contingent was deployed there to fight the jihadists, part of a force to which all five of the Sahel region countries have contributed since 2017.

"That still leaves around 600 soldiers on the ground," said Koulamallah. The redeployment had been planned for some time and in cooperation with the G5's leadership, he added.

"Regarding the situation on the ground, we need a mobile force, hence the withdrawal of some of our forces with heavy weapons," he said.

France, also heavily involved in the Sahel region, recently announced it was cutting its military presence in the region from around 5,000 to between 2,500 and 3,000 troops.